Camilo Soto Takes Over as Head Coach for Qatar 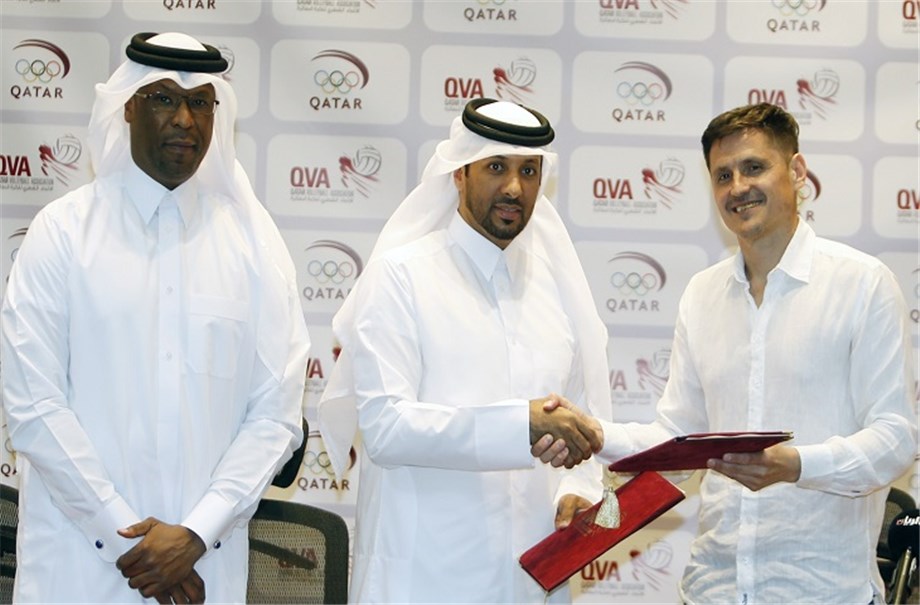 After leading Argentina to the gold medal at the 2017 FIVB Volleyball Men's U23 World Championship, Soto takes over the national team of Qatar.  Current Photo via FIVB

Camilo Soto has been named the new head men’s volleyball coach for the national team of the country of Qatar. Soto comes to Qatar having previous experience playing and coaching in his native Argentina.

Soto caught the attention of the Qatar Volleyball Association President Ali Ghanem Al Kuwari after leading Argentina to the gold medal at the FIVB Volleyball Men’s Volleyball U23 Championship. “We chose Soto because we feel he is the right man to guide our youthful side. Soto made Argentina the U-23 World Champions, so he knows how to mould young players,” said Al Kuwari. “We also have many young players in our national team. We wish good luck to him and hope that he will be able to shape our players well.”

Soto has some interesting ideas for how he sees the future of the national team evolving. “I will think about the possibility of making two – teams A and B – so that I can have a bigger player pool to select from for the national side,” Soto said. “This will also improve the level of competition and the players. It’s a challenging task but I am confident.”

Soto takes over the position from Italian Roberto Piazza who held the position since 2016. Piazza is the current head coach of PGE Skra Belchatow who is currently struggling through two matches of the fourth leg of the CEV Champions League.