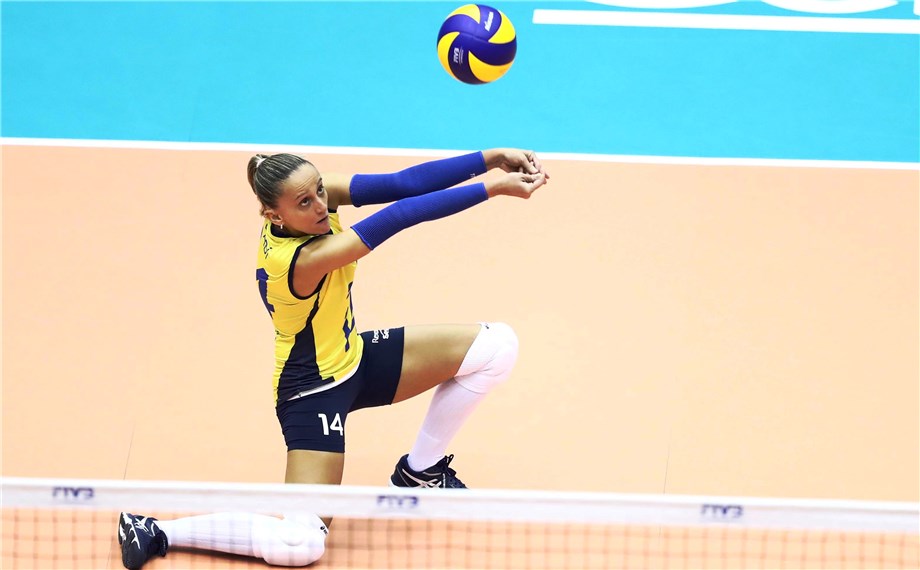 After 20 years, João Maurílio and Vera Alvim will have to adapt to a new lifestyle Current Photo via FIVB

After 20 years, João Maurílio and Vera Alvim will have to adapt to a new lifestyle. After all, their prized daughter, two-time Olympic gold medalist Fabiana Alvim, has retired from the sport. No more will the proud parents wait excitedly to see her play every weekend. João has confessed that he will have a hard time getting used to this new routine (Globo.com):

“It was my wife who told me Fabi wanted to retire. I told her I couldn’t believe the news. To not have her games to watch during the weekend? That would be complicated. But what is to be done? That is what she wanted. If I could, I would ask her to play a few more season. But I know she would not accept it. I wish she would player another Olympic Game as well, but she doesn’t want to. I still believe she is in playing condition. She is special, and wasn’t chosen as the world’s best libero three times out of sheer luck. I greatly doubt another libero of her level will come up soon. This is the kind of stuff that brings me great feelings. How many times have I cried watching her play? It was an amazing time. I was very happy in these 20 years of watching her play. So many times I skipped work just to catch her games. This will be very hard for me to get accustomed to. But I’ll manage, everything will be alright.”

The proud father also confessed that due to his daughter’s height, he did not have much faith on her success early on:

“I did not believe she would become so successful, mostly due to her height. Due to my work schedule, I was not able to support her as much as her mother, but I did what I could. She proved me wrong, her dedication was always amazing, she exceeded all expectations.”