Fairfield’s Garcia Tabbed as MAAC Player of the Week 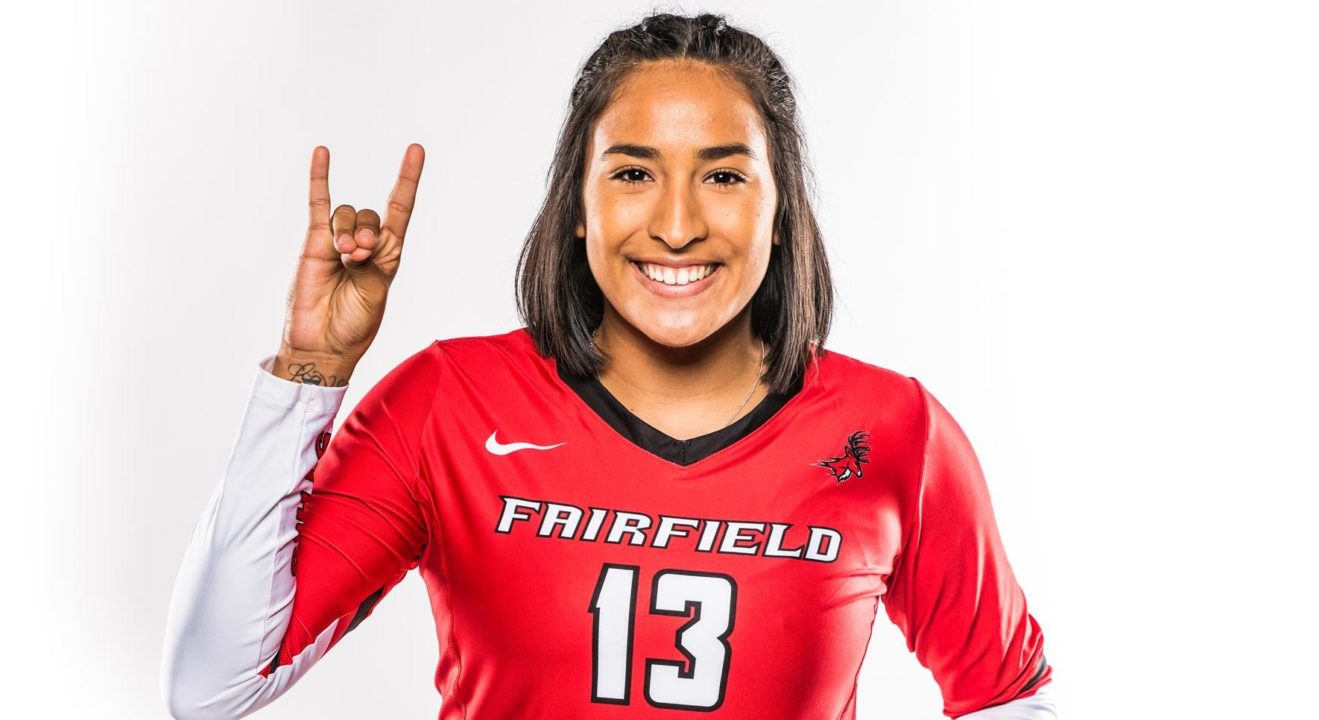 After earning a place on the Fairfield Invitational All-Tournament Team, Mayda Garcia has been named the Metro Atlantic Athletic Conference (MAAC) Player of the Week.  Current Photo via Fairfield Athletics

Mayda Garcia, Fairfield
Jr., McAllen, TX/James Nikki Rowe
Garcia earned All-Tournament honors at the Fairfield Invitational after leading all players with 4.64 kills and 4.91 points per set over the weekend. Garcia’s .208 hitting percentage was also eighth for the tournament, despite racking up more than 60 swings than anybody else in the individual top 10. She reached double-digit kills in all three matches, including a 28-kill, 19-dig showing in four sets against Northeastern. Her 28 kills are a MAAC season-high and fell just three finishers shy of the Fairfield program record.

Rachelle Runyon, Rider
Jr., Aliso Viejo, CA/Aliso Niguel
Junior libero Rachelle Runyon had a stellar week for the Broncs as the team went 3-1. For the week, the junior averaged 4.11 digs per set and had a receiving percentage of .850. In a five-set win against St. Francis Brooklyn, she racked up 14 digs. She followed that up with a career-high 29 digs in a five-set win over Kent State. Runyon also added 18 digs in a four-set win against NJIT and 17 digs in a match versus La Salle. For her efforts last weekend, she was named to the La Salle Invitational All-Tournament Team.

Camila Vazquez, Canisius
Fr., Tampa, FL/Newsome
Camila Vazquez was a force for Canisius, earning an all-tournament team nod at the Delta Hotel by Marriott Kalamazoo Conference Center Tournament. The middle hitter started the weekend off by registering 12 kills and a career-high eight total blocks in a win over Milwaukee. She then posted eight kills versus Western Michigan, and then set a career-high with 15 kills against Loyola Chicago, adding in two total blocks. For the weekend, she had 25 kills at a .420 attack percentage, along with 11 total blocks, one assist, and one dig.

Anilee Sher, Rider
Fr., Poughkeepsie, NY/Spackenkill
Freshman setter Anilee Sher continued her stellar play as the Broncs went 3-1 last week. Sher recorded four double-doubles, while averaging 8.63 assists per set and 2.84 digs per set. She opened the week with 44 assists, 11 digs, four service aces, and two block assists in a five-set win at St. Francis Brooklyn. Sher followed that up with 42 assists, 15 digs, two service aces, and a career-best five block assists in a victory over Kent State. She ended the week with 35 assists and a career-high 16 digs in a five-set contest with La Salle. For the week, she had 164 assists, 11 service aces, 54 digs, 11 total blocks, and five kills. For her efforts last weekend, she was named to the La Salle Invitational All-Tournament Team.