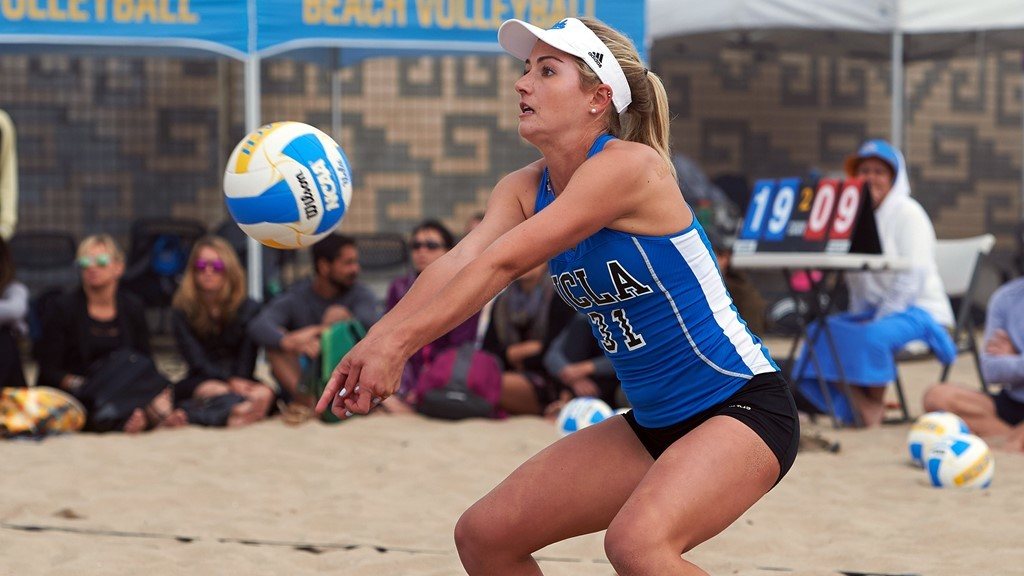 The 3rd-ranked UCLA Bruins and 4th-ranked Florida State Seminoles  were the top-ranked teams participating in this weekend’s FIU-hosted Surf and Turf Invitational that was the focal point of the beach volleyball world on Friday.

UCLA won all 3 of its Friday matchups, including a sweep of New Orleans, a sweep of #12 Arizona St., and a hard-fought 3-2 victory over #14 FAU. That runs the Bruins’ overall winning streak to a school-record 14 consecutive duals.

In that FAU game, the team’s 3rd of the day, the Owls actually took the top 2 lines, which meant sweeping sophomores Megan and Nicole McNamara 2-0.

It’s been a busy week for the McNamaras, who were in Canada for their home nation U21 World Championships selection event. By the end of a 3-match day, they were outplayed by FAU’s Jessalyn Kinlaw/Megan Rice, who are now 18-1 this season as a pair, all played at the #1 line.

At the #2 line, FAU has tried many different combinations this year, but have settled on Gabrielle Dischler/Candace Lacour, who with the win move to 8-0 on the season at #2 (after going 8-1 at the #3 line early in the season).

Leigh (Andrew) and Brooke (Kuhlman) found a way to win today in tough conditions to help our team,” Florida State head coach Brooke Niles said. “It was really windy and warm and we just have to keep grinding out and competing, which they did a really great job of today. It was not always pretty, but it is good to end the day 2-0. FIU is a really tough team that is well coached. We knew they would be ready to compete.”

Even with the 2 wins on Friday, Florida State is now just 5-11 at the #1 line this season

Also on UCLA’s hit-list from Friday was #12 Arizona State, who had a rough day on Friday. The Sun Devils, who weren’t ranked pre-season, went 0-3, with losses to #3 UCLA, #15 FIU, and unranked (but vote-receiving) Tulane.

From the unranked games, Central Arkansas, in their first beach season, is a perfect 7-0 so far after 2 more Friday wins over Louisiana-Monroe and Houston Baptist.