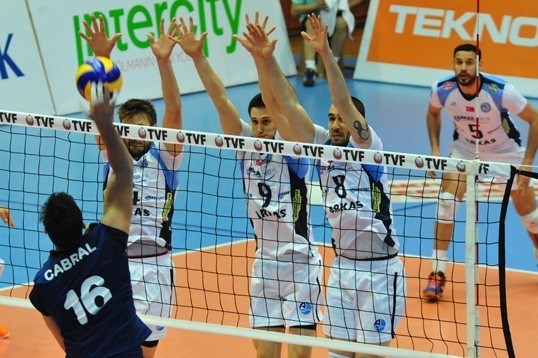 Fenerbahce is adding two high-level transfers as they look to win their first Turkish League title since 2011-2012. Archive Photo via Fenerbahce

Turkish League participant Fenerbahce has added two transfers to bolster its 2017-2018 roster in the form of Resul Tekeli and Burak Hazirol. Both players are or have been members of the Turkish National Team.

Tekeli comes by way of Halkbank, where he played for the last six seasons. Although Halkbank finished three points below Fenerbahce in the regular season, they actually won the Turkish League’s first division following the playoff round. The 6’8″ middle came up with the junior team at Fenerbahce before being loaned to Arcelik for 2006-2007. After coming back the following year to Fenerbahce and spending one season with the senior team, he transferred to Ziraat Bankasi in 2008-2009 where he stayed until heading to Halkbank Ankara in 2011.

The second player being brought in is Burak Hazirol. A 180 cm (5’9″) libero, Hazirol also had a previous stint with Fenerbahce in 2013-2015. The last two years, he has been with Sahinbey Belediyesi (2015-2016) and Tokat Belediye Plevnespor (2016-2017). Unlike Tekeli, Hazirol is not currently on the Turkish National Team, but does have prior experience with the countries’ squad.

Fenerbahce will hope the additions are the difference, as they finished with the most points in the regular season of the Turkish Men’s League top division, but fell in the semifinals before claiming third place. They were victorious in the Turkish Cup last year, but they haven’t won the Turkish League since 2011-2012, something they’ll look to amend in 2017-2018.