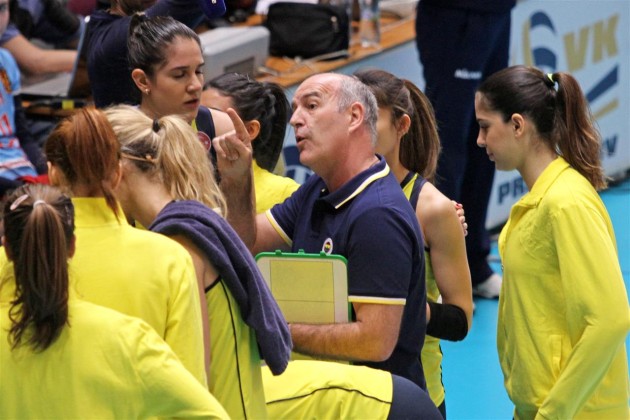 Following the loss to Eczacibasi VitrA, Fenerbahce has decided to end their contract with the team's head coach, Jan de Brandt. De Brandt has only been the Turkish team since June 2017.  Current Photo via CEV

Following the loss to Eczacibasi VitrA, Fenerbahce SK Istanbul has decided to end their contract with the team’s head coach, Jan de Brandt. De Brandt has only been the Turkish team since June 2017.

Fenerbahce sits in third place in the Turkish women’s volleyball league with a 15-4 record. The difference is that they sit back 11 points on Eczacibasi who is leading the league this season with 53 points. The points are determined by how a team finishes a match – 3-0 is 3 points, 3-1 is 2 points 3-2 is 1 point if they win.

The squad is also participating in the CEV Champions League, where they have recorded just a 1-3 record so far winning over Agel Prostejov in the first leg of the 4th round. The rest of their matches have been 5 set battles where they go up 2-0 on their opponent but are unable to finish the match, losing in 5.

Taking over de Brandt’s position for the remainder of the season will be the team’s second coach, Salih Erdofan Tavaci. The team likely to play in the playoff of the Turkish League based on their record this season but will have to work to catch up with Eczacibasi and VakifBank.