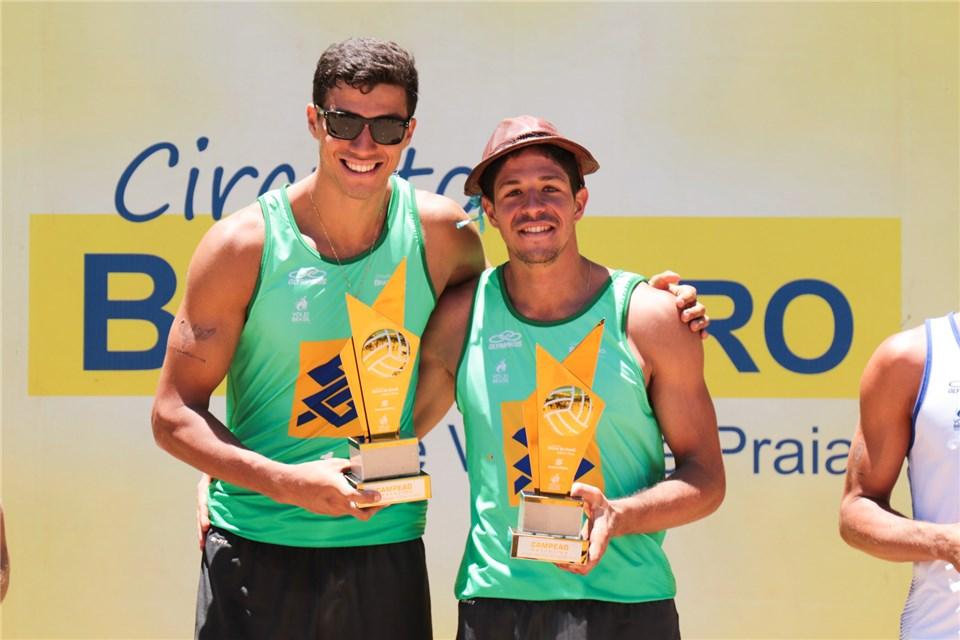 Despite taking the silver medal at the final Brazil Beach Volleyball Tour, Alvaro Filho and Saymon Santos were able to... Current Photo via Circuito Brasileiro

Despite taking the silver medal at the final Brazil Beach Volleyball Tour, Alvaro Filho and Saymon Santos were able to capture enough points (160) to win the Tour title.

In the Aracaju tournament on Atalaia Beach, Filho and Saymon went to three with Pedro Solberg and Gustavo ‘Guto’ Carvalhaes 2-1, (14-21, 21-19, 15-13) fighting until the very end. The duo won three of the seven Tour gold medals, taking three silvers and one bronze – never not being in the top three finishers. On top of the Brazilian Tour, the pair were able to top the podium at the first FIVB World Tour event in Fort Lauderdale.

On the women’s side, Larissa Franca and Talita Antunes added another gold to the four they have already collected on the tour. In the finals of the Aracaju tournament Larissa and Talita were able to defeat Agatha Bednarczuk and Eduarda Santos Lisboa in a 2-0 sweep, (21-16, 21-17). In addition to the gold at this tournament, the pair were able to top the podium, as well, at the Fort Lauderdale Major.

Aracaju was the eighth stop of the Brazilian tour with the next stop taking place from April 7-9 in Vitoria before coming to a close at the Super Praia that will take place later in the month of April.