Filippo Lanza Is Very Close To Making History In Trentino 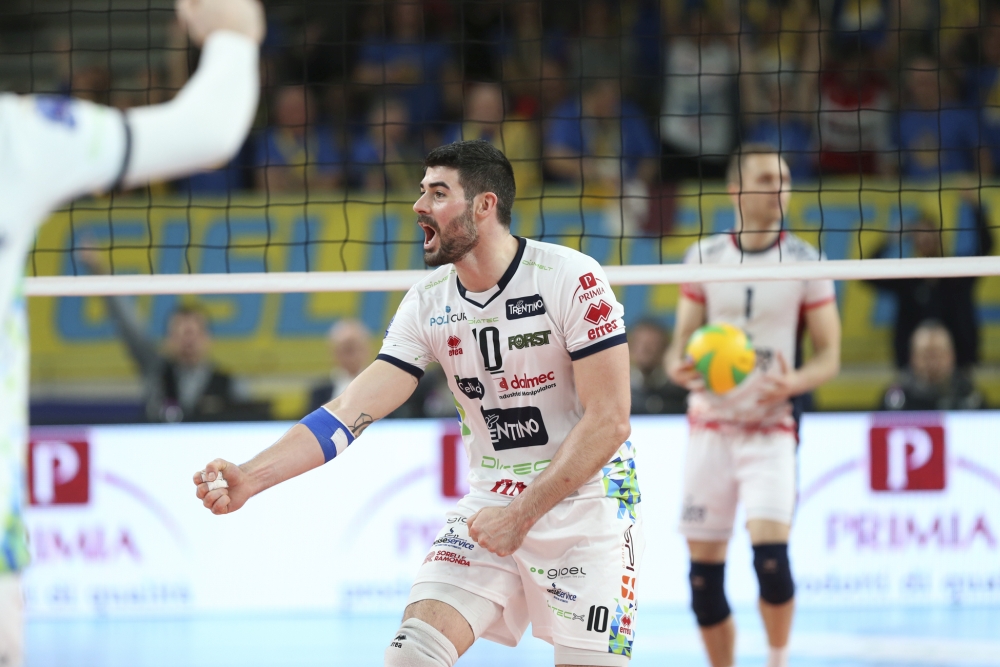 Where does Lanza rank in Trentino's all time highest scorers list? Current Photo via CEV

The 26-years-old Lanza is one of Italy’s most important players. He developed as a youth from 2006 to 2009 in Trentino‘s farm system, and has played professionally for the club since 2011. As a member of the Italy men’s national volleyball team, he was a silver medalist of the 2015 World Cup, 2013 CEV European Championship, 2015 FIVB World Cup, 2016 Olympic Games, and 2017’s Grand Champions Cup.

Fate would have it that Lanza will reach his milestone in Trentino‘s derby against Modena this Sunday, his 284th match with the club, and 134th captained match. Lanza has tallied up 2,660 points this far, while Juantorena has 2,662 points in 193 matches. Both are however, still very far from Matey Kaziyski, who is the all-time record holder with 4,945 points in 334 matches played with the club.

These numbers don’t come close to the league’s all time, top scorers, though, as A1 has 11 players with more than 7 thousand points tallied up.  Kaziyski is currently 44th in the league’s all time scorers list, while Juantorena is 57th and Lanza 75th. Here is a list of the TOP 10: