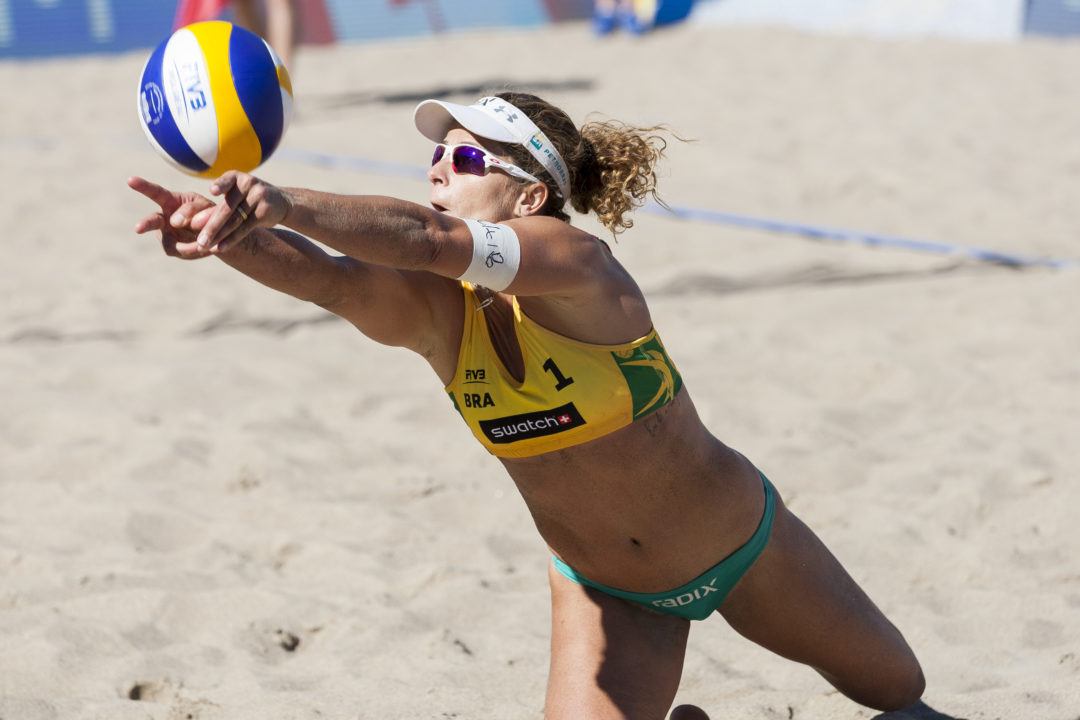 The FIVB has announced the selection criteria for the 2017 Beach Volleyball World Championships that will take place in Vienna, Austria from July 28th-August 6th, 2017. The biannual tournament will invite 48 men’s and 48 women’s pairs for the 8th-straight edition, since it expanded at the 2003 championships. The tournament will be played at a stadium on Donau Island in the Danube River.

Brazil 11 of the 20 titles (6 men’s and 5 women’s) handed out in the official history of this tournament (since 1997). The United States (1 male, 5 female) is the next-best in tournament history with 5 titles (1 men’s and 4 women’s). In the last edition of the tournament, in 2015, the winners received automatic qualifying spots for the Olympic Games – and Brazil (who already received automatic spots as tournament hosts) dominated by winning 5 of the 6 medals available. Alison Cerutti/Bruno Schmidt won the men’s title, which they’d double up on with Olympic gold a year later, while Barbara Seixas/Agatha Bednarczuk won the women’s tournament at the head of a 1-2-3 Brazilian sweep.

Qualifying criteria, which are unchanged from the 2015 World Championships:

23 men’s and 23 women’s teams, or just under half of the tournament field, will qualify for the World Championships based on their World Rankings in FIVB events. 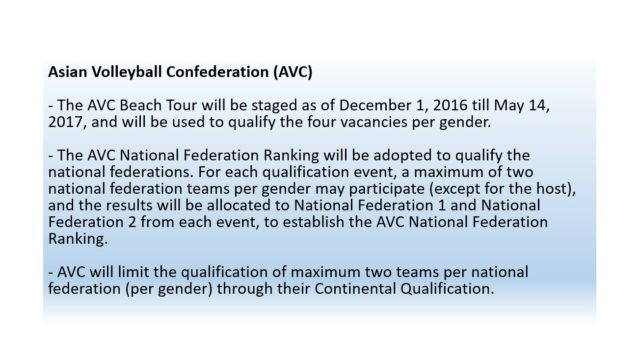 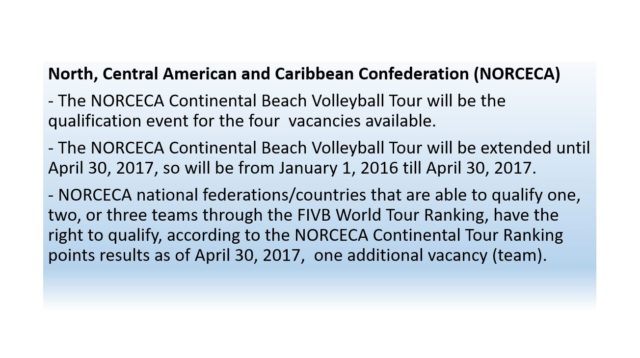 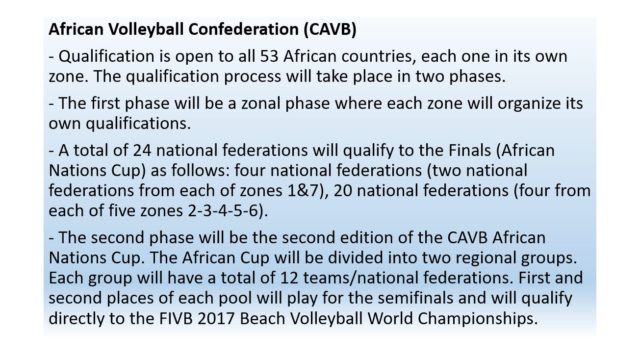 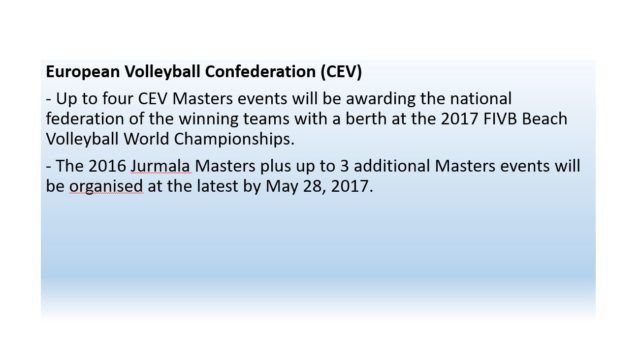 The hosts of Australia receive an automatic 2 teams through to the World Championships. These teams are likely to already be in the top 23 rankings, which would then reallocate those spots to the 24th and 25th best ranked teams.

There will be 3 wild card places, per gender, up for offer. Two of these will be chosen by FIVB, and one will be on offer for selection from the host nation of Austria. These spots are sometimes used for a team that may not be ranked well because of an injury or because of a new pairing.

The new wrinkle in 2017 qualifying will be the placing of athlete eligibility conditions on all of the above criteria – designed to ensure a higher caliber of play in the tournament.

“The new athlete eligibility conditions will also help the FIVB Continental Confederations build up their own competitive teams, with this proposal also allowing teams of a certain technical standard to take part,” FIVB Executive Board member in charge of Beach Volleyball Mr Vicente Araujo said.