FIVB Releases New World Rankings For U23 Men And Women 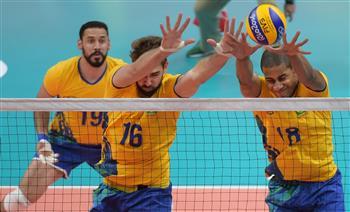 The FIVB World Rankings for U23 for both men and women have been announced as of January 2017. The previous... Archive Photo via FIVB

The FIVB World Rankings for U23 for both men and women have been announced as of January 2017. The previous rankings were listed back in December of 2015, and the new results have been updated to reflect results from then on. The World Championship Tournament for the women August 27 through ’til September 3rd this year in Slovenia, while the men’s will take place in Egypt August 18-26.

All rankings are made based on results from the Age Group World Championships & qualification tournaments over the last two years.

There are currently 68 ranked teams in the men’s U23 World Rankings. Leading the way is Turkey followed by Italy and Russia. The three aforementioned nations are the only teams thus far to secure 100 points on FIVB‘s points scale.

The U23 Continental Rankings are different than the World Rankings and based on 2016-17. Last year it was led by Iran and Tunisia, this year Brazil and Poland are leading the charge.

There are currently 62 ranked teams in the women’s U23 World Rankings. Currently Brazil hast the most points with a well established 130. Turkey trails by 10 with 120 and the Dominican Republic sits in third with 110. The three leading nations are well ahead of fourth place China that comes in with 90 points.

The U23 Continental Rankings are based on 2016-17, and show different leaders than in the 2014-15 season. Then, China led with Thailand and Korea in second and third. This year Brazil, Turkey, the Dominican Republic, and Egypt all lead.