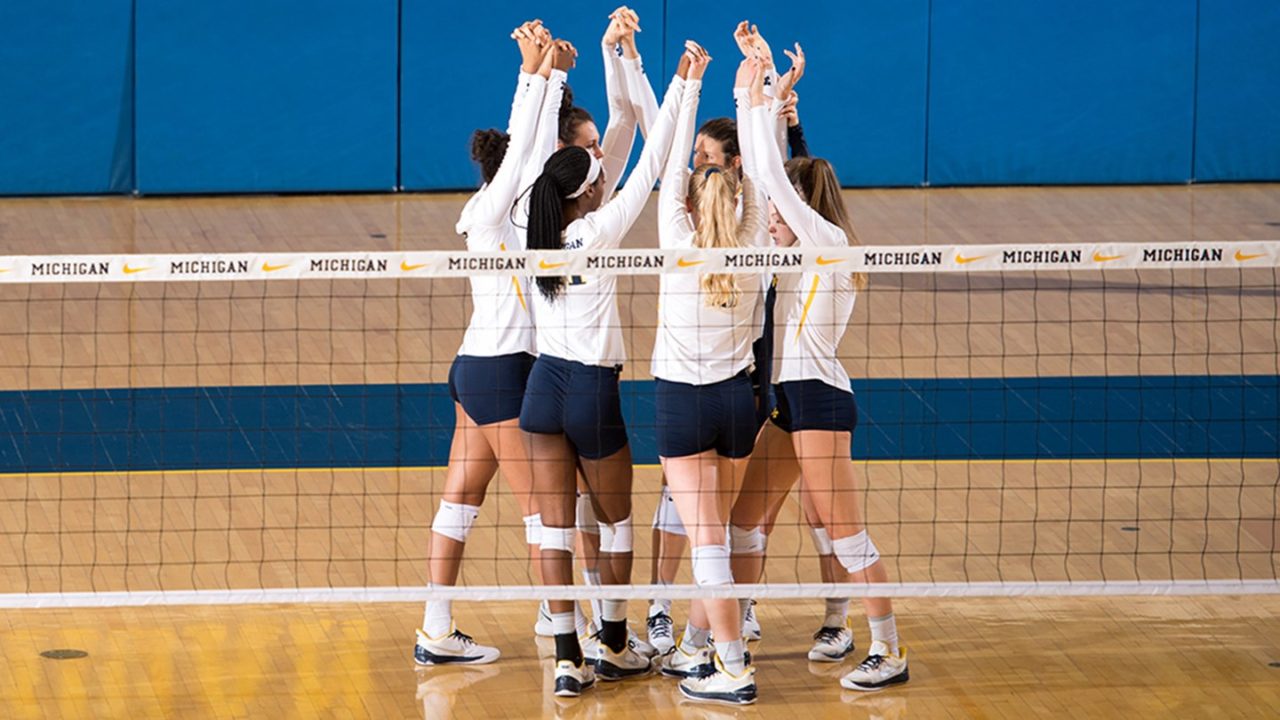 All 14 Big Ten volleyball teams are in action this weekend, with Maryland, Michigan, Nebraska, Purdue and Rutgers playing at home. Conference teams will participate in six AVCA top-20 matchups.

• Since the 2012 season, four Big Ten schools (Minnesota, Nebraska, Penn State and Wisconsin) have been ranked No. 1 in the AVCA coaches poll a total of 52 weeks. The Nittany Lions have earned the top spot 28 times.

• Big Ten teams currently occupy five of the top 25 positions on the national team hitting percentage list, including two in the top five spots. Minnesota ranks fourth in the nation with a .310 hitting percentage, followed by Penn State (.309) in fifth. Michigan ranks 19th with .283, Wisconsin is 21st with .280 and Ohio State rounds out the list at No. 23 with a .276 hitting clip.

• A pair of Big Ten teams currently occupy two top-five spots nationally in blocks per set. Minnesota ranks second with 3.41 blocks per set, while Penn State is fourth with 3.23.

• The 2018 Big Ten volleyball television package features 39 contests televised live, with 33 of those matches airing live on BTN, and highlighted by eight doubleheaders. Six other matches will be carried live on ESPNU, including this week’s Iowa State at No. 7 Nebraska on Sunday, Sept. 9, at 2:00 p.m. ET.