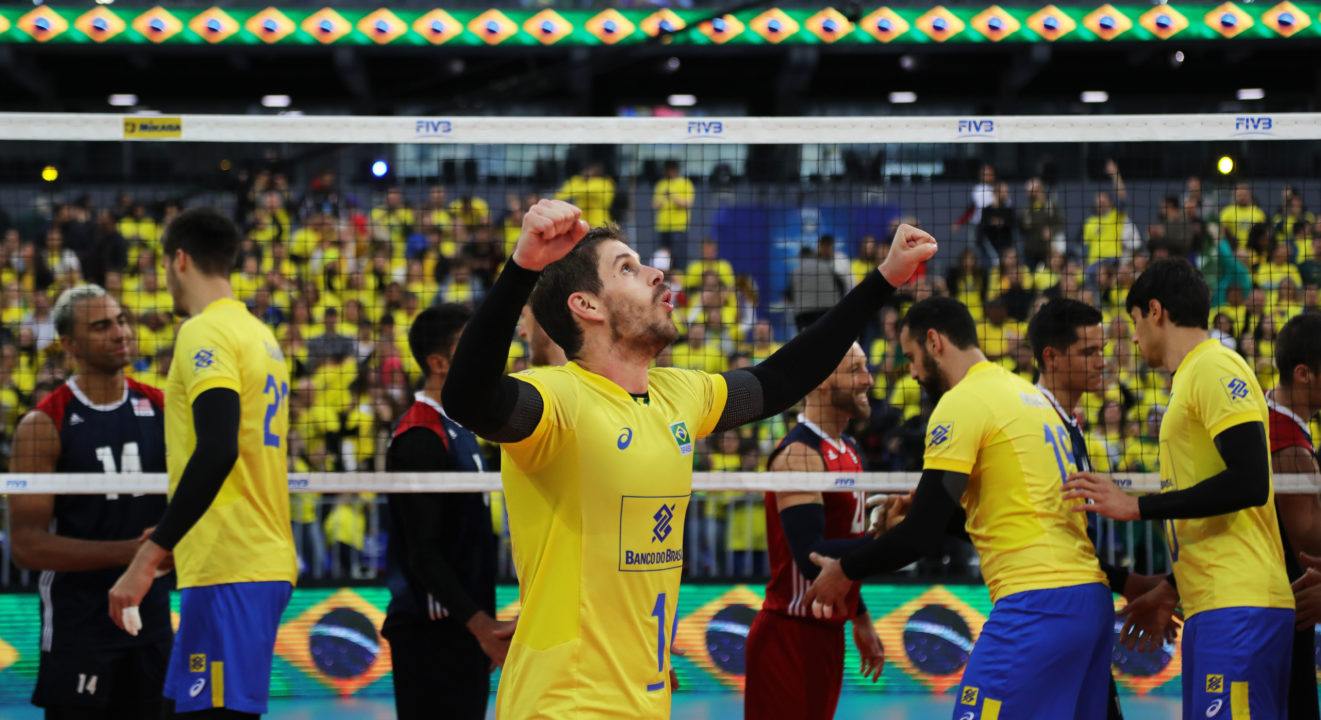 Current Olympic Champions, World Champions runner-ups, and number one ranked team in the world, Brazil has announced its final roster for the 2018 WCH.   Current Photo via FIVB

Current Olympic Champions, World Champions runner-ups, and number one ranked team in the world, Brazil has announced its final roster for the 2018 WCH.  Rodrigo Leme was the final cut, as coach Renan Dal Zotto opted to take two liberos and injured Lipe to the competition. Here is what the team will look like n Bulgaria and Italy:

Absent from the list are Brazil’s current two starting outside hitters: Ricardo Lucarelli and Mauricio Borges, who are both recovering from injuries. The 14-men roster has 9 remaining players from Brazil’s Olympic title in 2016, with Isac, Lucas, Kadu, and the two liberos being the new additions. Bruninho, Wallace, Evandro, Lucas, Eder, and Lipe were also present at the 2014 WCH.

Here is what coach Renan Dal Zotto had to say of his call-up:

“The team had a good training period and will therefore be better physically and better structured tactically for this new phase of the season. The idea is to reach the WCH in the best possible form, within our means. It is an extremely difficult championship, where we already have a very balanced first pool. It is important to start strong from the first match and grow more and more, game by game, to reach a final stretch with conditions to play for the title.”

Brazil ill debut at the competition against Egypt on September 12. It will then go on to play Canada, France, China, and The Netherlands.