Five Iowa Players To Try Out For U.S. National Team 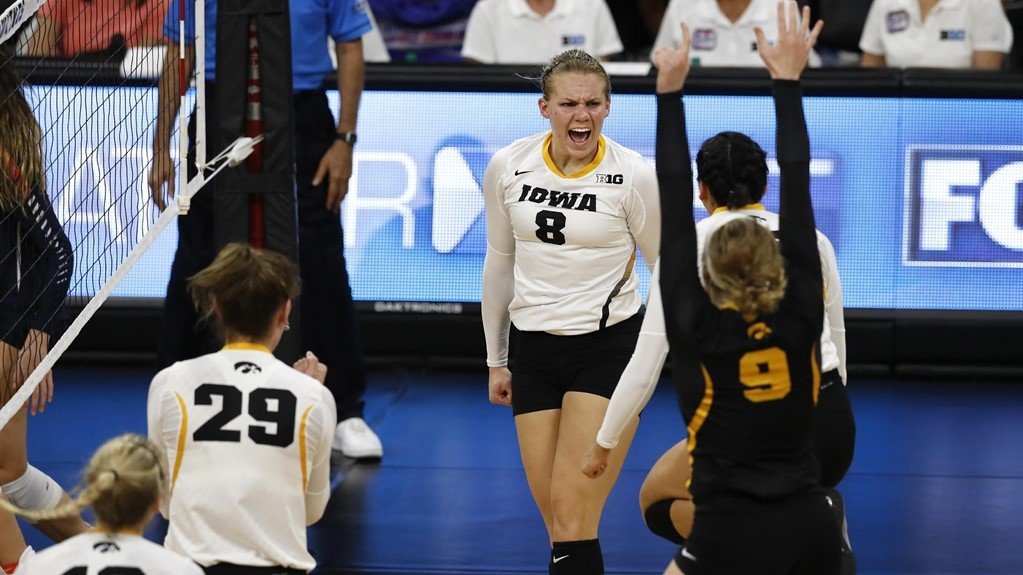 “This is a great opportunity and challenge for these players,” said UI head coach Bond Shymansky. “Competing and training at the highest level is part of our team mission. The unique experience of being at the Olympic Village and learning from our USA Volleyball coaches will enhance their development as Hawkeyes. It will also open their eyes and minds to possibilities that exist beyond graduation.”

Olsen appeared in all 32 matches as Iowa’s libero during the 2016 season. The junior, an Atlanta native, led the team with 445 digs and racked up her 1,000th career dig in the season finale against Michigan State.

Janota competed in all 32 matches in 2016. The Concord, Ohio, native collected 260 kills and a .344 attack percentage. Janota also led the team with 82 blocks.

The tryouts include approximately 240 athletes competing for positions on the U.S. Collegiate National Team Programs, both domestic and international.

Each athletes will be assigned to one session on March 3. The sessions are at 3 p.m., 5 p.m., and 7 p.m. (CT). For more information and to follow along as the four Hawkeyes compete, visit teamusa.org.