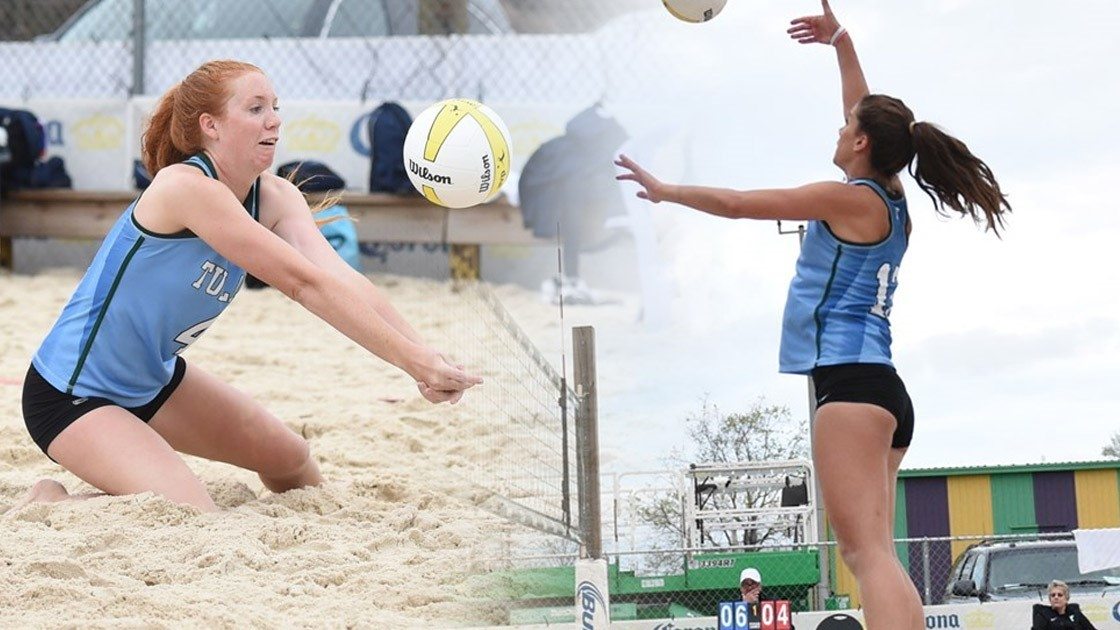 With the start of the 2017 beach volleyball season just over a week away, the Coastal Collegiate Sports Association has... Current Photo via Tulane Athletics

With the start of the 2017 beach volleyball season just over a week away, the Coastal Collegiate Sports Association has announced its Preseason All-Conference team, this year featuring a trio of Tulane student-athletes. Senior Tea Juric and junior Madeline Mertz were named preseason all-conference selections, while junior Lan Nguyen was named to the Preseason Watch List.

“It is a wonderful and deserved honor for Madeline and Tea to be recognized by our conference coaches for being such impactful beach volleyball players,” head coach Wayne Holly said. “They consistently model a championship-caliber effort to improve themselves and their teammates in both practice and competition. More fundamentally, they remind us on a daily basis of the habits that drive success through their selflessness, dedication and love for our team and the game they play.”

2017 marks the second consecutive year Tulane has posted a pair of athletes to the Preseason All-Conference list, with Juric receiving her second preseason honor since the Green Wave joined the CCSA prior to the start of the 2016 season.

Juric and Mertz were joined on the Preseason All-Conference list by three players from Florida State, a duo from Florida Atlantic and LSU and one player from Georgia State.

Junior Lan Nguyen rounded out the list of Tulane honorees, being named to the Preseason Watch List. Nguyen closed out her sophomore season with a 23-8 record, spending most of the year playing at the No. 2 spot and defeating five ranked teams.

Tulane beach volleyball opens the 2017 season with a four-match weekend at the Blazer Duals beginning Saturday, March 4. In Birmingham, the Green Wave will face their first CCSA opponent of the year in host UAB while also squaring off against teams from Jacksonville State, Austin Peay State and Louisiana-Monroe.