Florida Brings In Five AVCA Player Of The Year Recipients 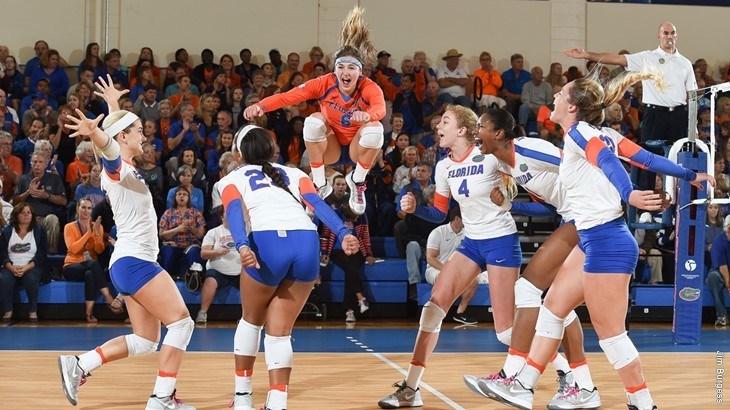 In the South, Southeast and Southwest regions, the AVCA has selected regional players and coaches of the year. In the... Current Photo via Florida Athletics

In the South, Southeast and Southwest regions, the AVCA has selected regional players and coaches of the year.

Earning AVCA Freshman of the Year honors is Hollann Hans of Texas A&M.

Travis Hudson is in his 22nd season with the Lady Toppers, where the team went 30-3 and 14-0 in Conference USA play. The teams three losses tie for fewest in program history. The team was ranked as high as No. 19 this season. Hudson led the team to their 10th appearance in the NCAA Tournament and eighth from and automatic bid. Hudson is the recipient to this award for the fourth time.

Taking home AVCA Freshman of the Year honors is Leah Edmond of Kentucky.

Wayne Kreklow has been at the helm of Missouri for 17 seasons now, where the team advances to their first Sweet 16 match since 2010. Kreklow has now earned the AVCA Division 1 Southeast Region Coach of the Year two times.

Earning AVCA Freshman of the Year honors is Catherine Repsher of Southern Mississippi.

Amanda Berkley has completed her fourth season with the Golden Eagles, claiming a No. 2 seed in the Conference USA Tournament, the highest since 2009. This marks the first time that Berkley has received the award.

Freshman of the Year: Catherine Repsher, Southern Miss, MB (Must be true freshman to win FOY)