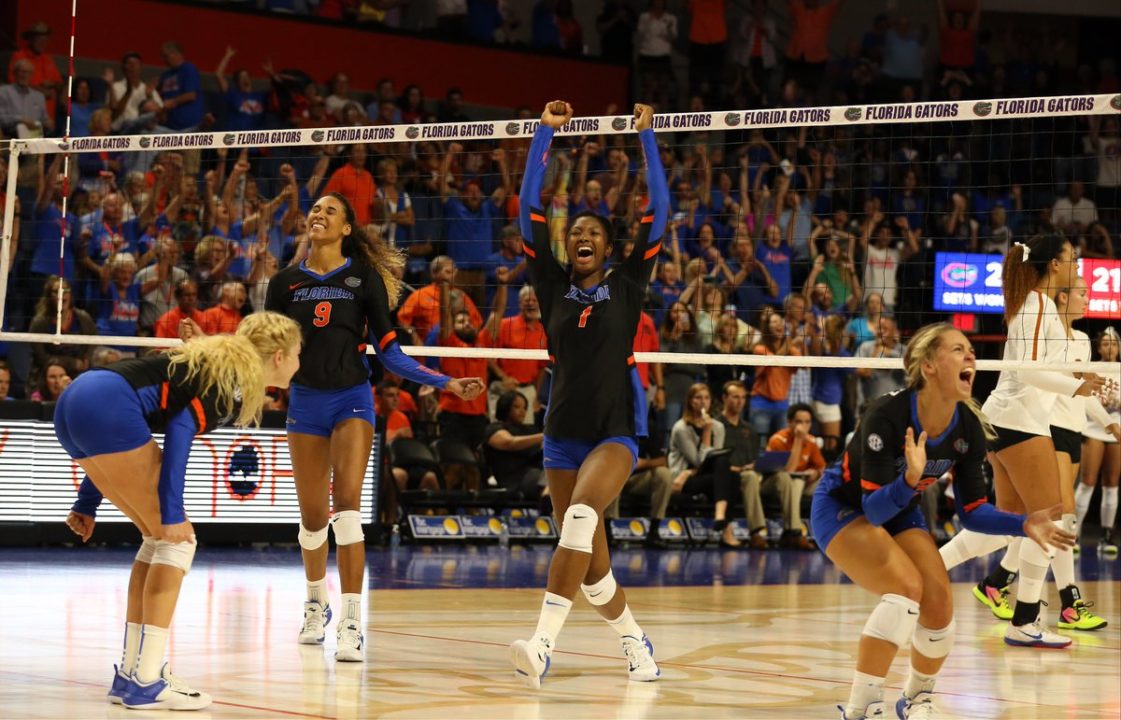 This week’s edition of the VolleyMob Top 25 Power Rankings didn’t see much change at the top or the bottom, but saw plenty of differences in the middle. That was created with both inter-top 25 carnage as well as some upsets that made things interesting.

As we continue on to week eight of the season, resume still stands as the top factor along with eye test and now performance in conference play, where some have set themselves apart. For others, their strong non-conference slate has given them a strong overall resume, but they are struggling in conference play, causing them to drop. We kick off this week’s rankings with the team that has sat atop the poll for now a sixth consecutive week.