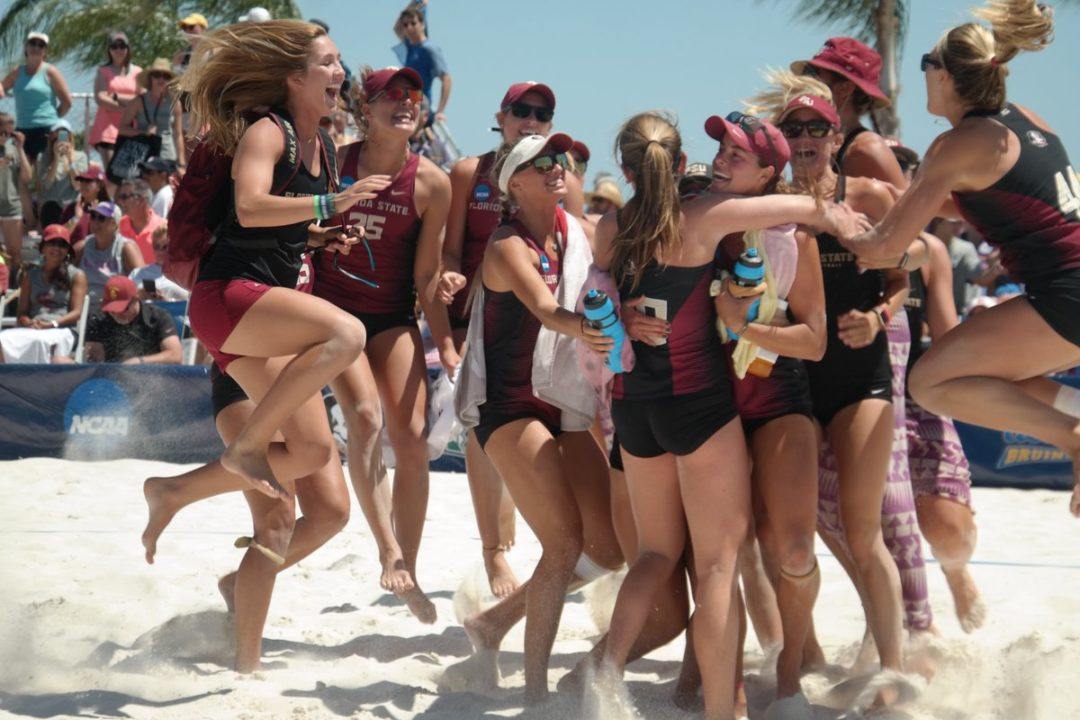 The No. 4 Florida State beach volleyball team will start off the season at the Stetson Spring Fling, facing three conference opponents and the hosting Hatters in the event that takes place February 23-24. Current Photo via Florida State Athletics

The No. 4 Florida State beach volleyball team will start off the season at the Stetson Spring Fling, facing three conference opponents and the hosting Hatters in the event that takes place February 23-24.

FSU holds a combined 29-1 record over the four teams it will see over the weekend, with its only loss coming to Georgia State in 2015. FSU holds a 10-0 record over South Carolina, which stands as its best record against any team.

The Seminoles will open the weekend facing a pair of CCSA opponents with No. 16 FAU and No. 8 South Carolina on Friday (Feb. 23), and wrap up the weekend with No. 12 Georgia State and No. 15 Stetson on Saturday (Feb. 24).

This is the first of seven tournaments that the Seminoles will compete in, and four of the 22 different opponents FSU will see this year. After this weekend, the team returns home to host the Hampton Inn Capitol-University Invitational on March 2 and 3.

o    FSU’s loss to Georgia State in 2015 is the only loss the Seminoles have to any team in the 2018 Stetson Spring Fling.