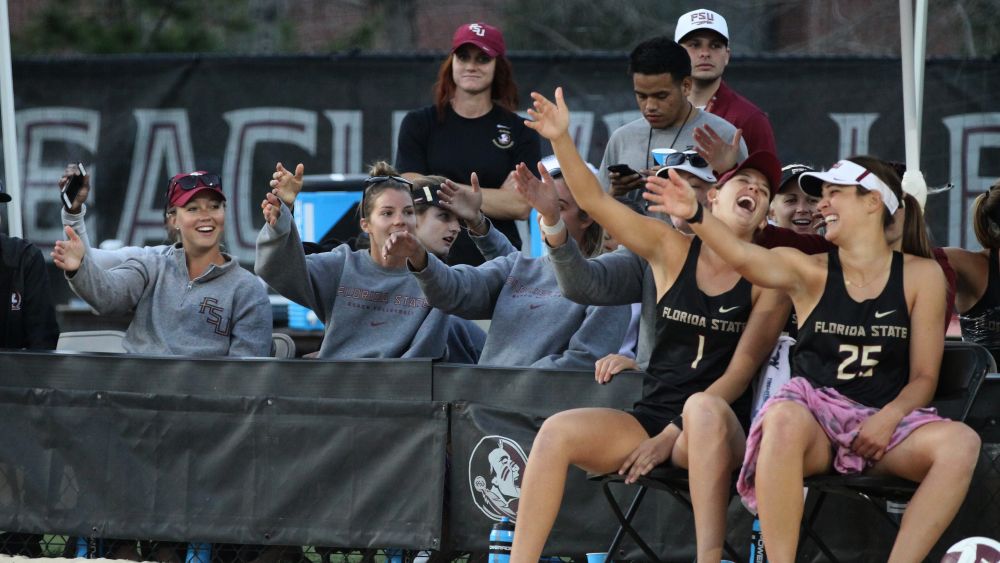 The two-time defending CCSA beach volleyball champions Florida State will carry the #1 seed into the 2018 conference tournament. The event will run from April 20th-22nd in Cartersville, Georgia at the Rally Volleyball Complex at LakePoint Sporting Community.

The Seminoles have a 24-6 record overall this season, with none of their 6 losses coming against CCSA opponents (all were against west-coast teams).

They’ll enter as the heavy favorites topping Pool A in the tournament. That’s mostly via the dominant 4-1 win they had over #2-seed South Carolina (20-6) in February.

Florida State haven’t lost to any of the 8 in-conference opponents they faced this season, and likely would’ve found the same fate against UAB were the match not cancelled. FSU had a combined 46-4 pairs record in those 10 matches.

Not all is safe for the Seminoles’ draw, however. Their most recent opponent, and the one that gave them the most trouble this season, is LSU, the 4th seed, who falls into Pool A with Florida State. The Tigers pushed Florida State to a 3-2 result on Sunday in Baton Rouge, winning at the #4 and #5 lines. Before that loss, LSU carried a 14-match winning streak.

The first two days of the tournament will feature each team playing a single round-robin against the 4 other teams in their pool. The top 2 teams in each pool will advance to the semi-finals,  where #2 will play #1 of opposite pools. The winners of those matchups will meet in the final at 1PM on Sunday to determine the conference champion.

There is no automatic berth to the NCAA tournament at stake, but the results of the tournament will be one last chance to shine against top competition for teams battling for a spot in the field of 8. In the last AVCA coaches’ poll, released April 2nd (another should be out tomorrow), Florida State, LSU, South Carolina, FIU, and Georgia State, all CCSA teams, were ranked 7th-11th. Given that Florida State hasn’t lost since then, they should still be in control. The conference champion, barring any unexpected runs from a bottom-4 seed, should be in for the NCAA tournament. The runner-up, with a good-enough showing, will also have a strong chance at swaying the selection committee.

The CCSA has partnered with the Eleven Sports Network to live-stream the event on twitch.tv and on their linear channel.