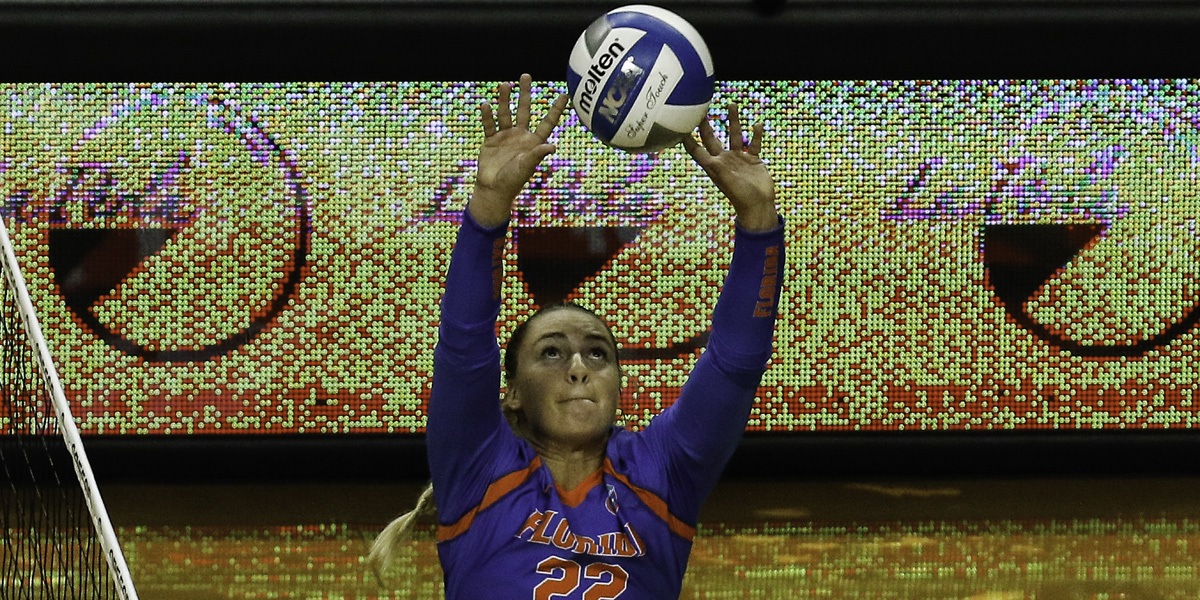 The AVCA has named Florida's Allie Monserez as its Division I Player of the Week for her contributions to the Gators in their matches against SEC rivals LSU and Texas A&M. Current Photo via Florida Athletics

AVCA Div. I Player of the Week: Allie Monserez

The AVCA named Florida Gator Allie Monserez as its Division I Player of the Week for her efforts against LSU, on October 14th, and against Texas A&M, on October 16th. The last Gator to win the award was Rhamat Alhassan, who won it in September 2015.

Monserez is a redshirt sophomore setter, and she is a local product from Windermere, Florida. She began her collegiate career at South Carolina, but transferred to the University of Florida after her freshman year.

In the Gators’ win over LSU, Monserez collected her third double-double of the season. She had 32 assists and a career-high 16 digs. Monserez followed up her strong performance against the Tigers two days later against Texas A&M. The Aggies are the defending SEC Champion, and were able to get one set off the Gators before falling in four sets. Monserez was instrumental in the win for Florida, matching her career-high 57 assists. She also contributed 9 digs and 4 blocks.

Monserez currently leads the SEC in assists per set (12.35), and her passing has enabled Florida to also lead the conference in team hitting percentage (.323).