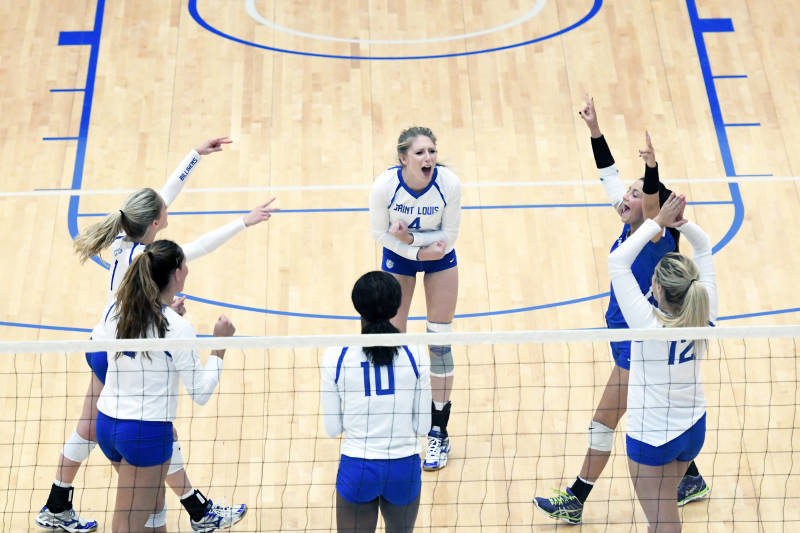 When you’re personally responsible for more than 35% of your team’s points in a single match, you’re having a good night.

When you own three of the top five highest number of kills in three-set matches across the NCAA, you’re dominant.

On Friday, outside hitter Danielle Rygelski notched 29 kills against Davison to lead St. Louis University to a win (25-16, 29-27, 25-14) while earning the No. 2 spot in the NCAA three-set kill totals. She also holds the top spot, with a whopping 31 kills in a match against George Mason on September 23.

But that’s not all — she tied for fourth, too, when she put down 26 in a match against Illinois State in late August.

On Sunday against VCU, she added 24 kills in a four-set victory for a total of 53 kills on 113 attacks on the weekend.

She was named NCAA National Volleyball Player of the Week in September 2015.

St. Louis University faces Duquesne on Friday and La Salle on Sunday, both at home.