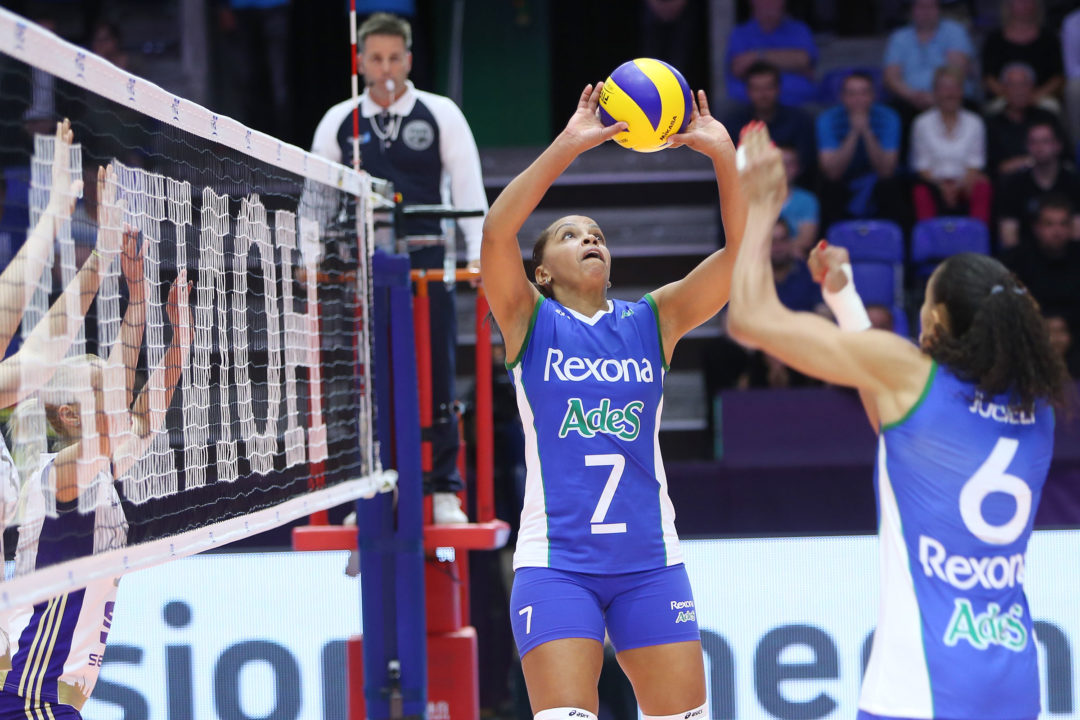 Ouch. You know things are not looking very good when not even your former stars are able to muster up a few words of optimism Current Photo via FIVB

Ouch. You know things are not looking very good when not even your former stars are able to muster up a few words of optimism. Indeed, Brazil’s female NT is not the powerhouse it once was when it had Fofão at its helm. The legendary setter, one of the best to ever play the game, led Brazil to an Olympic gold medal in 2008, and bronze in 1996 and 2000, in addition to six World Grand Prix titles. Nowadays, Brazil is coming off a podium-less performance at the 2016 Olympics and 2018 VNL. How does the leader of one of the world’s strongest volleyball powerhouses sees Brazil’s present team? She recently spoke about the topic:

“I think Brazil is not a favorite to win Olympic gold, but I think it may have what it takes for a podium finish. There are teams right now that are showing a better gaming ability. Brazil is undergoing a renewal phase where many young athletes are gaining opportunities. It the team grows at the right time and become mature, a podium finish in 2020 is a possibility. Brazil has a lot of players and this is important because as old stars retire, we need replacements. For the first time, youngsters are getting a chance to play, and I hope they enjoy it. Maybe we’ll suffer a little as a team because they lack experience and maturity in key moments, but at the end they’ll fight to keep Brazil among the best teams in the world. Beatriz Correia has made the most of her opportunities and is doing very well. Natalia, at 29, will have to lead the team, as she is the most important player in it. The responsibility is all in her hands.”

While Fofão sounds optimistic about Brazil’s attempts at a roster renewal, is the sentiment shared by coach José Roberto Guimarães? Probably not. Even though he tried, he ultimately went back to bringing Dani Lins and Fernanda Garay to the team, and is doing his best to convince Fabiana Claudino to do the same. If he succeeds, he’ll have at his disposal 7/12 of his 2012 Olympic Games gold medal squad (4/7 starters), not much of a renovation at all.