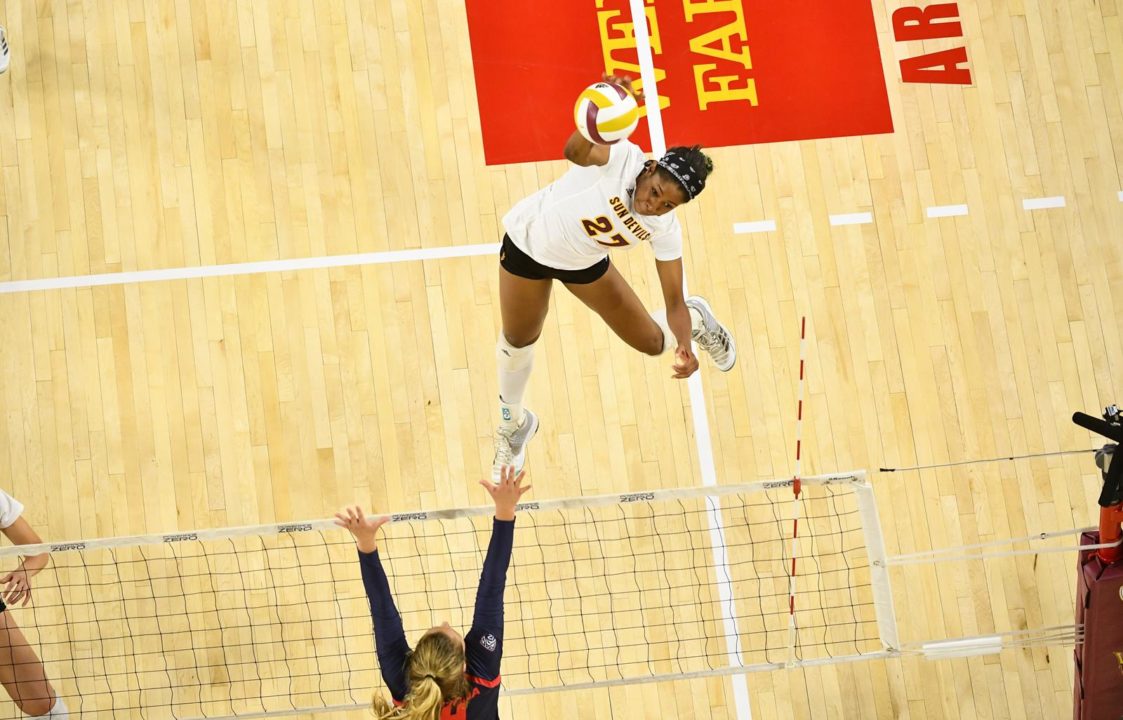 Iowa has landed a transfer in former Arizona State outside hitter Griere Hughes. A 5’11” freshman in 2017, Hughes will become a sophomore in 2018 with three years left of eligibility. It would be likely she is immediately eligible since she is changing leagues, but not confirmed at this time.

Iowa, who finished 18-15 and 7-13 in Big Ten play, has made a name in garnering impact transfers of late. Hughes will look to make the same transition that Taylor Louis (transfer from Marquette) made, as she led the team in kills in 2017. They also added DS/L Ashley Smith (transfer from Nebraska at Omaha), who rotated in off the bench in situations in 2017, but is not listed on the team’s 2018 roster.

In total, the Hawkeyes’ 2018 roster will consist of three returning players to join Hughes at the outside hitter position group.

For Arizona State, the move leaves them with two returning outside hitters for 2018 as they are on the outskirts of a 10-22 season in which they went 0-20 in Pac-12 action following a mass exodus of transfers a year ago.