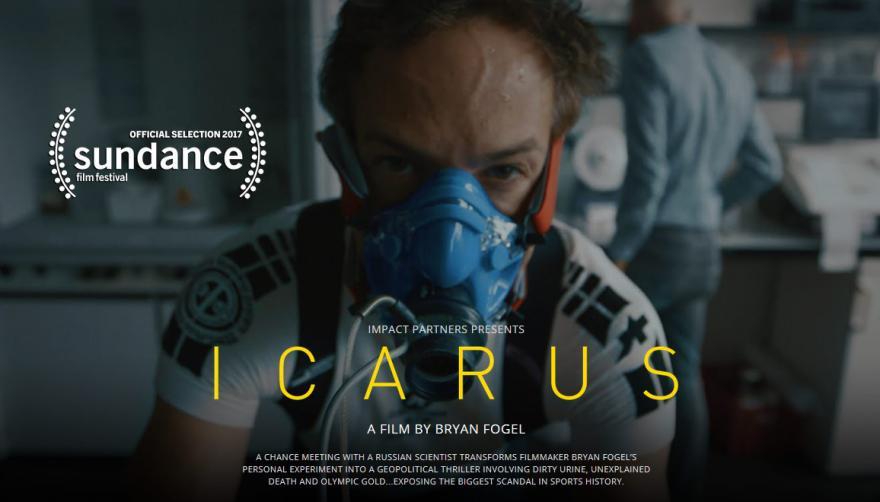 Icarus, a documentary film directed by American Bryan Fogel on the topic of doping in sports, won the 2018 Academy Award for Best Documentary Feature. Current Photo via Icarus

Icarus, a documentary film directed by American Bryan Fogel on the topic of doping in sports, won the 2018 Academy Award for Best Documentary Feature. The film, whose distribution rights are owned by Netflix, saw Fogel get unprecedented access to the alleged Russian state-sponsored doping system via scientist Dr. Grigory Rodchenkov: the former director of the Russian national anti-doping laboratory.

Rodchenkov’s 2016 New York Times interview, which included spreadsheets, e-mails and other evidence of Russian involvement, revealed the now-infamous scheme of swapping Russian athletes’ urine samples so that they wouldn’t test positive at the 2014 Sochi Olympics. Fogel helped Rodchenkov flee to the United States, fearing his life. Rodchehnkov’s testimony was one of the leading drivers for Russia’s soft-restrictions at the 2016 Olympic Games and the Russian Olympic Committee’s slightly-firmer ban from the 2018 Winter Olympic Games, where athletes were allowed only to compete as “Olympic Athletes from Russia,’ rather than under their national flag. 2 Russians so far have still tested positive so far via samples collected at the Winter Olympic Games, with more possible after dozens of retests from the Beijing (2008), Vancouver (2010), and London (2012) Olympic Games came back positive.

Icarus also won a U.S. Documentary Special Jury Award at the Sundance Film Festival, where it premiered: also known as the Orwell Award.

The Oscar for Best Documentary has been awarded almost every year since 1942. Early winners were primarily about war and political figures, while sports documentaries have been better received in recent years. That includes 1996 winner When We Were Kings about Muhammad Ali and George Foreman; One Day in September about the murder of 11 Israeli athletes at the 1972 Summer Olympics; Undefeated about a high school football team in Memphis; and O.J.: Made in America about football superstar-turned-villain.