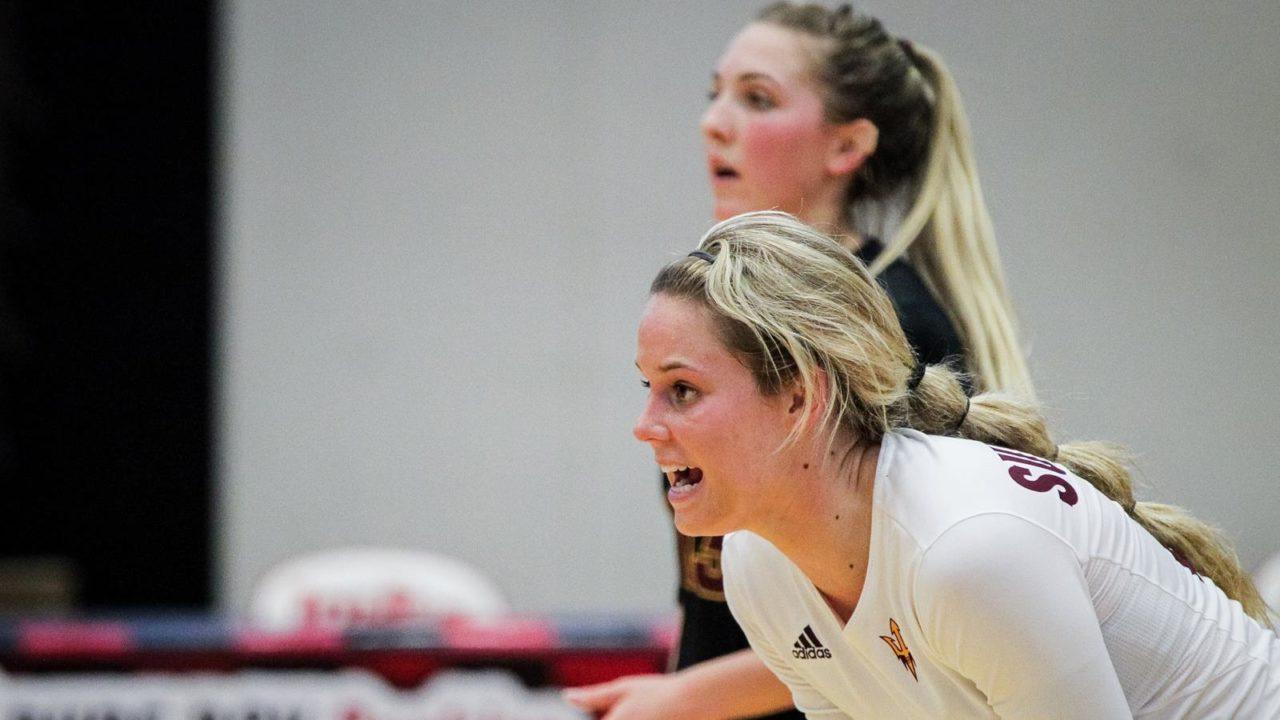 After exhausting her eligibility in the collegiate game, Cassidy Pickrell is off to the pros to continue her volleyball career with Viteos NUC volleyball club. Pickrell is a 6’0″ outside hitter who played indoor for four seasons in addition to beach for one earlier this spring.

Pickrell grew up in Coppell, Texas, where she won back-to-back state titles in 2011 and 2012 and won countless individual awards in her prep days. She then attended UC Irvine out of high school, where she earned All-Big West Freshman team honors in her freshman year. She added onto her accolades with an appearance on the 2014 All-Big West First Team in year two. In totality for her two-season stint with the Anteaters, Pickrell logged over 600 kills.

As a a junior, Pickrell began her Arizona State career after transferring into the Pac-12. In 2015, she led the Sun Devils with 304 kills. She added 248 more as a senior, and finished her four-year collegiate career with over 1,200 kills.

Now, Pickrell will start fresh with a new team. Her sister, Kylie Pickrell, will do the same after transferring away from Arizona State. For Cassidy, her fresh club will be in the pros as she will head overseas to Neuchâtel, Switzerland to play for Viteos NUC volleyball club.