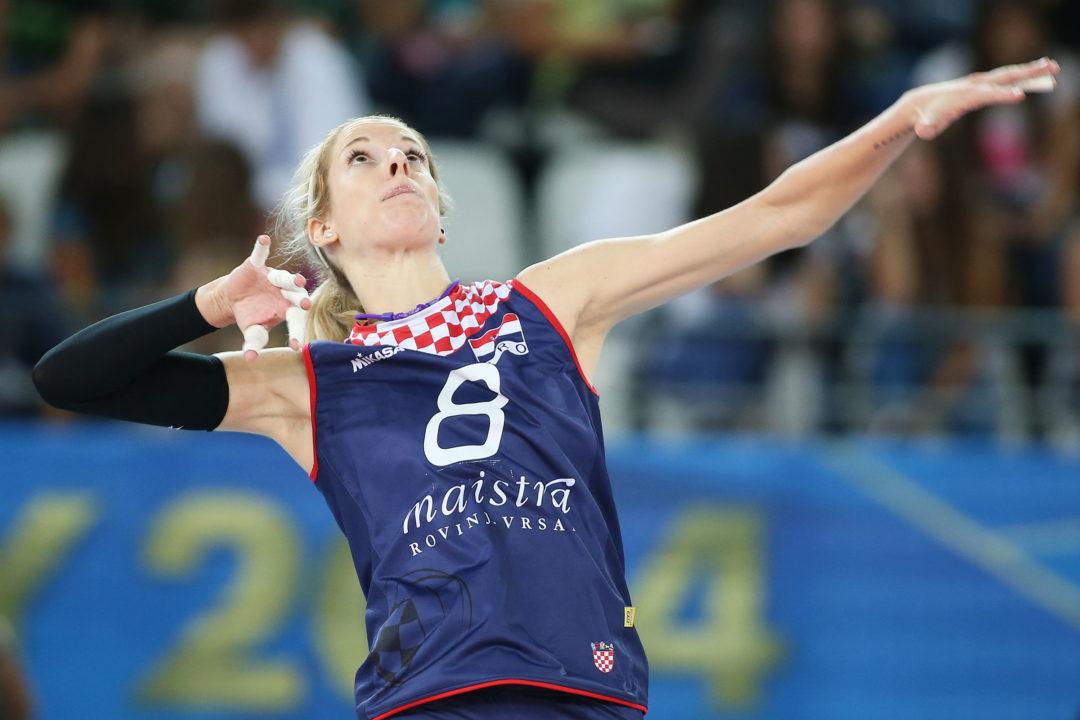 A teenage phenom, Jerkov won a silver medal with the Croatian national team at the 1999 European Championship Current Photo via FIVB

Former California Bears All-American standout Mia Jerkov has announced in her personal Instagram page that she is transferring out of Fenerbace and signing a contract with Besiktas. She will thus remain in Turkey for another season, her 5th overall. She graduated from Berkeley in 2003 after having led the team to its then all-time best record, 25-7 overall (12-6 in the Pac-10) and advancing to the NCAA round of 16. For her efforts, she was inducted in Berkeley’s Hall of Fame. A teenage phenom, Jerkov also won a silver medal with the Croatian national team at the 1999 European Championship.

The 35-year-old 6’4″ outside hitter began her professional career with Uralochka-NTMK Ekaterinbug in Russia for two seasons. Next, she spent four years in Italy with three different clubs – Volley 2002 Forli Bologna (2005-06), Cosme Ceis Vicenza (2006-07) and Rebecchi Volley Piacenza (2009-10). Front there, Jerkov headed out of Europe to play with Incheon Heungkuk Life Pink Spiders in South Korea from 2010-12. She then came to Turkey to play with Bursa Belediyesi Istanbul, then back to Asia to compete with Denso Airybees in Japan. This leads up to her returning to Turkey to play with Canakkale and now Fenerbahce.

Jerkov will join a Besiktas squad that went 9-13 last season, good enough for 6th place. It fell in the playoffs to eventual champions VakifBank.

It's official, ✍️very happy and proud to announce I will continue my journey in @besiktas. A wise person said: "When you love what you do, you spend your life having fun, and you never work a day." Big thanks to @shiningstarsglobal @caccamoguido @umutbarisyunl and @ana_katarina_rajcic for logistics,moral and professional support and most of all,for friendship. ❤️ So the journey continues. Limits are just illusions.🎱 #limitless