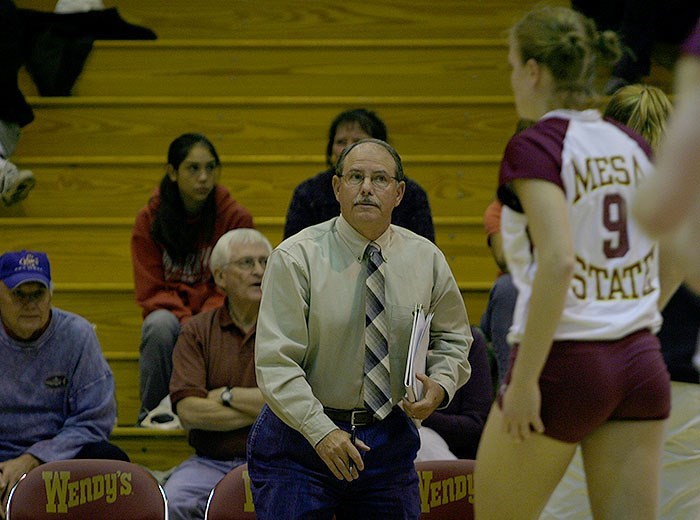 Rusty Crick, who led the Colorado Mesa Mavericks to 563 wins over 23 seasons, passed away on April 10th at the age of 73.  Archive Photo via Courtesy Colorado Mesa Athletics

Former Colorado Mesa head volleyball coach Rusty Crick passed away on April 10th after a battle with cancer. Crick had led the Mavericks for 23 years from 1982-2004, following three years as an assistant coach at the western Colorado school. He was 73.

In Colorado Mesa’s release announcing his passing, current head coach Dave Fleming said, “Rusty left an immeasurable mark on the CMU Volleyball program and will be sorely missed. We will miss his support, but will strive to continue his legacy of success for years to come.”

Among his many accomplishments, Crick was inducted into the Colorado Mesa Hall of Honor in 2010 and the Rocky Mountain Athletic Conference Hall of Fame in 2015.

Krick’s love for volleyball began when he started playing the sport while serving in the Air Force. He then coached his base’s men’s and women’s teams while stationed in Grand Junction, Colorado before joining the Colorado Mesa University staff.

In the tribute video for Crick’s 2015 induction into the RMAC Hall of Fame, former RMAC player of the year and Colorado Mesa standout, Amy Miller Brammer, recalls how “coaching was his life. He gave us his time, his commitment his effort, his love, his kindness.”

@CMU_Vball Our thoughts and prayers to CMU and the loss of a great coach. Coach Crick made a huge impact on the game of volleyball and the RMAC pic.twitter.com/dyAehwFArj