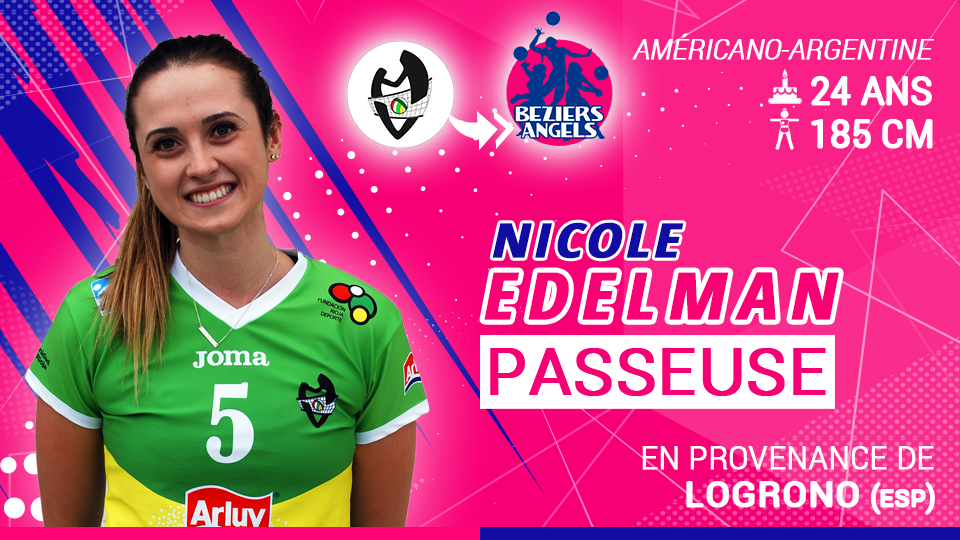 After seasons in Spain and Switzerland, former Colorado Buffalo Nicole Edelman has signed with French Club Beziers, according to the team’s official website. She will be joining fellow American Malina Terrel in her new club.

Nicole is coming off a superb sophomore professional season in which she won the Spanish treble with Logrono (Championship, Cup, Supercup) as well as season MVP honors. Here is what Beziers’ Sports Director Didier Huc had to say of the transfer:

“Nicole is a talented, dynamic player and has a nice size for her position, which allows her to be very present in the block. She is a young setter, but with an experience of 2 seasons in Europe. She played in Logrono last season, winning the Spanish Championship, and was also voted best setter of La Liga. Nicole is left-handed, therefore very effective on dumping balls. Her personality and her taste for victory will be an asset to the Angels.”

The now 24-year-old Edelman finished her career as one of the best setters in CU history, finishing with 4,278 assists, which ranks fifth on CU’s all-time list. In her senior season campaign she averaged 9.91 assists per set, which ranked sixth in the Pac-12. In conference only matches, she was third (10.60). She was named to the All-Pac-12 team at the end of the season.

Officially official! More than excited to continue my volleyball career in France as a Beziers Angel 🏐🇫🇷 Can’t wait to see what the season has in store! 🏆 #Year3 #goangels