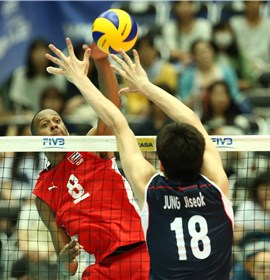 The former Cuban men’s volleyball national team captain, Rolando Cepeda has been released from a Finland prison after serving a rape sentence.

Cepeda was jailed in September 2016 for the crime that took place in July of the same year. The incident took place during the FIVB World League tournament in Tampere. There were three other players from the Cuban National Team that were convicted of the same felony and were sentenced to five years in jail. Each of the four players sentenced was reduced in June 2017. There was a fifth player involved in the crime that was acquitted just a year later.

Cepeda’s sentence was reduced to a two and a half year sentence, which ultimately means that he should still be in the Finnish prison, yet it was shown that he was released back in 2017 around October based on his Facebook activity.

Since October 2017, Cepeda has been seen watching volleyball matches in Sancti Spiritus, confirming his release.

It is unknown if Cepeda will have a future playing volleyball with the Cuban National Team following his crime. It does not look bright following a statement from the Cuban VF following the incident:

“We will take actions and necessary measures to ensure that justice is served. Such behavior strongly opposes to our principles and ethics.”