Pepperdine Jumps To #1 In AVCA Rankings After Wins Over USC 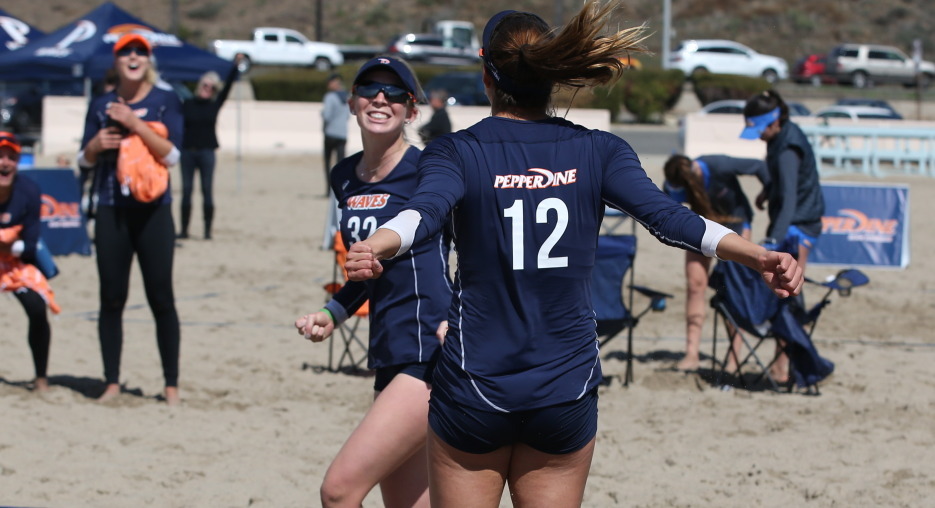 Pepperdine has emerged as the new #1 beach squad in the nation after taking wins over former #1 USC and UCLA this past week. Current Photo via Pepperdine Athletics

Pepperdine has emerged as the new #1 beach squad in the nation after taking wins over former #1 USC and UCLA this past week. The Wave squeaked by in each of their wins over the Trojans while splitting with the Bruins on the week.

Hawaii fell back to #3 from #2 while UCLA and Florida did the same to round out the top-5. Cal Poly continues to climb the rankings to the #6 spot from #8 while LSU fell back to #9 from #6. South Carolina also moved forward in the top-10 in the rankings to #8 from #9 as they hold a 7-1 record on the year.

In the back half of the rankings, Stanford moved up to #14 from #16 while Florida Atlantic also jumped forward two positions to #15. Loyola Marymount made a four-spot leap to#17 while TCU fell back to #20 from #14.