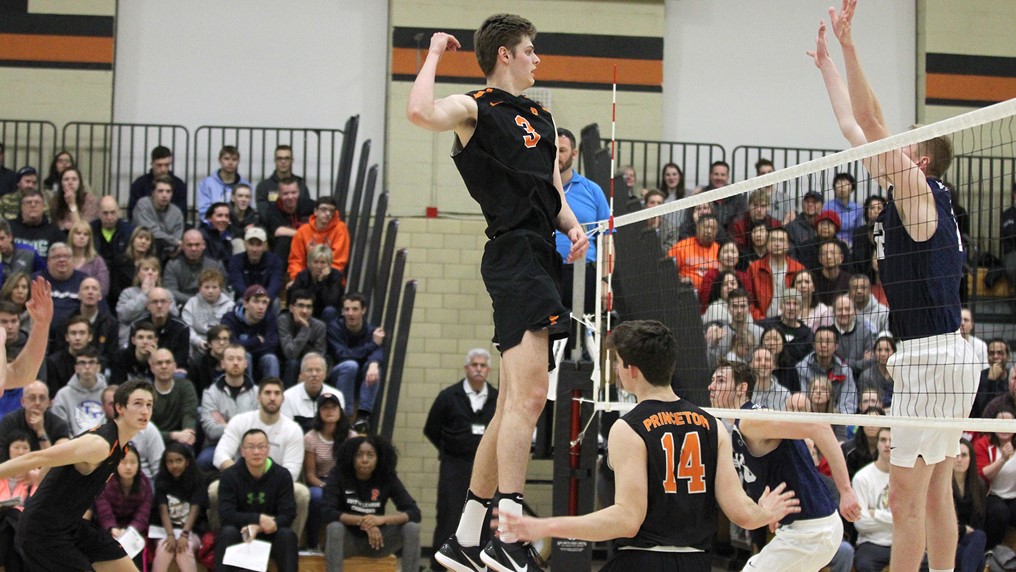 For the week, Princeton's George Huhmann averaged 4.2 kills and 1.9 blocks per set, while hitting .541 a 3-1 win over Saint Francis and a huge five-set upset of No. 10 Penn State.  Current Photo via Princeton Athletics

A standout effort in the upset of the week helped lift Princeton’s George Huhmann to VolleyMob Player of the Week honors. The sophomore middle blocker played a key role in the Tigers’ jaw-dropping five-set upset of No. 10 Penn State, which saw Princeton get past eight Nittany Lion match point tries in Set 4 to eventually win 31-29 and then pull off the five-set win.  For the week, Huhmann averaged 4.2 kills and 1.9 blocks per set, while hitting .541. The St. Louis, Missouri, native posted 14 kills, eight blocks, six digs and an ace, while hitting .393 in a four-set win over Saint Francis on Friday. He then notched 24 kills, nine blocks, two digs and two aces, while hitting .667 in the five-set upset of the Nittany Lions on Saturday. For his efforts, Huhmann was tabbed as both the EIVA Offensive and Defensive Player of the Week.