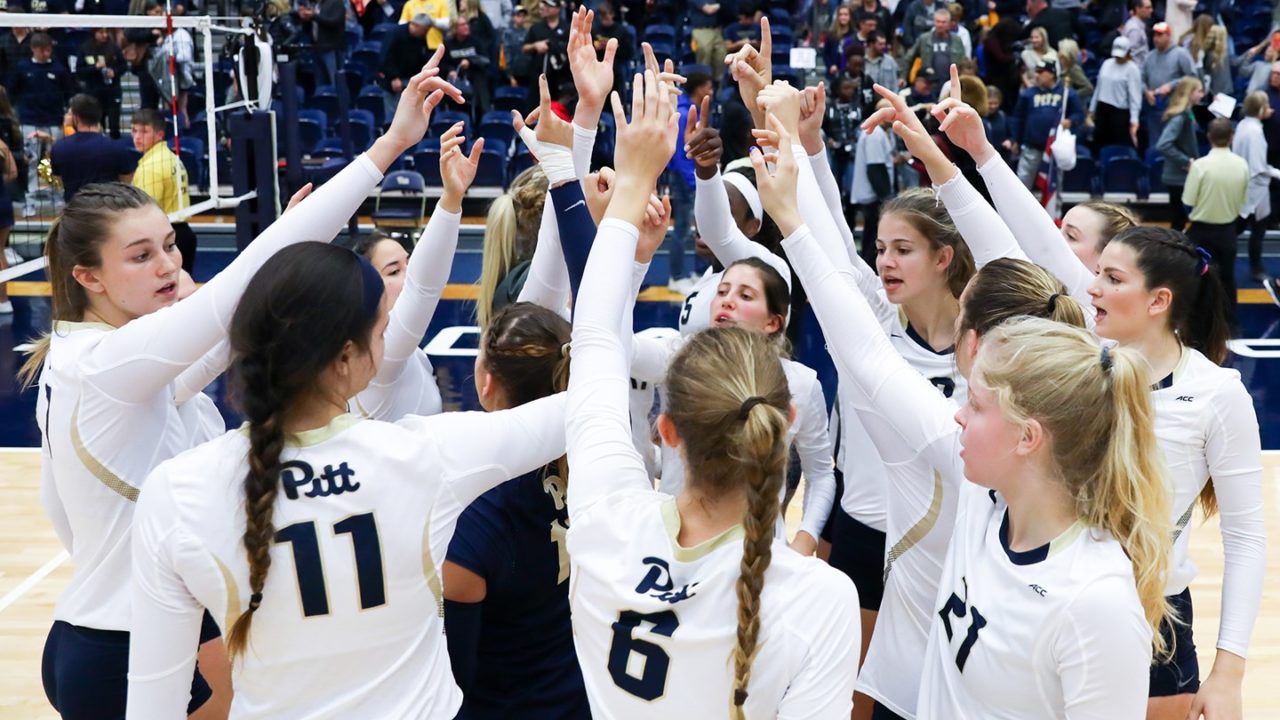 Entering Week 10, there were two undefeated teams left in Division I: BYU out of the West Coast Conference and... Current Photo via Pittsburgh Athletics

BYU picked up two more victories, both on the road, to move to 22-0 on the season and 12-0 in the West Coast Conference, sweeping Portland on Thursday and Gonzaga on Saturday.

Next up for BYU is a home contest against San Diego, which is currently in second place at 13-9 overall and 10-2 in league action.

Pittsburgh won its first match of the week, with a Friday road sweep of Wake Forest, but the team’s 23-match win streak came to a close on Sunday in a four-set loss at Duke.

Layne Van Buskirk and Nika Markovic each put down a match-high 18 kills, while Kayla Lund chipped in 14 putaways. Markovic finished off a double-double with 11 digs, while Lund added 16 saves. Van Buskirk hit at a team-best .567 clip and notched seven blocks.

“It all started with serve receive,” Duke head coach Jolene Nagel said. “Our passers did a good job today and our setters did a good job of mixing things up to open up our hitters. It was different players stepping up at different times and that’s what we needed to defeat a really strong Pitt team that doesn’t make a lot of errors.”

Pitt hit .361 in the opening stanza, charging out to an 8-2 lead and hanging on for the win. The Panthers closed out the 25-18 win on an 8-3 run, including three Nika Markovic putaways.

Duke built a four-point lead early in Set 2 at 12-8. Pittsburgh cut the margin to one at 12-11 with back to back Blue Devil hitting errors. Duke scored six of the next seven, including a kill and two block by Meyer to go up 18-12. The Panthers chipped away, eventually taking the lead at 22-21 on a Van Buskirk kill. Two more Van Buskirk putaways had Pitt on the hill at 24-23, but a Shelton kill, a Mackenzie Cole ace and a stuff by Shelton and Meyer swiped Duke the 26-24 win.

In what would be the final stanza, Duke hit .295 while forcing six Pitt miscues and a .182 hitting effort. After falling behind 15-12, Pittsburgh used a 6-1 run to turn that into a two-point lead at 18-16. Lund downed two kills and the Blue Devils gave away two points on errors in the stretch. Trailing 20-19, Duke turned it on, posting a final 6-2 rally to issue the Panthers their first loss. Meyer put up two stuffs, while Schwantz downed two kills, including the final blow. Pitt did make one final charge down 24-20, scoring on a Chinaza Ndee kill and a block by Van Buskirk and Stephanie Williams to stay alive, before Schwantz ended the match.

.@PaytonSchwantz with the kill to give Duke the win over No. 5 Pitt

Pittsburgh returns to action on Friday at Georgia Tech. Despite the loss, the Panthers still sit atop the ACC at 11-1, one game up on Louisville and Florida State, which each are 10-2 in league action.