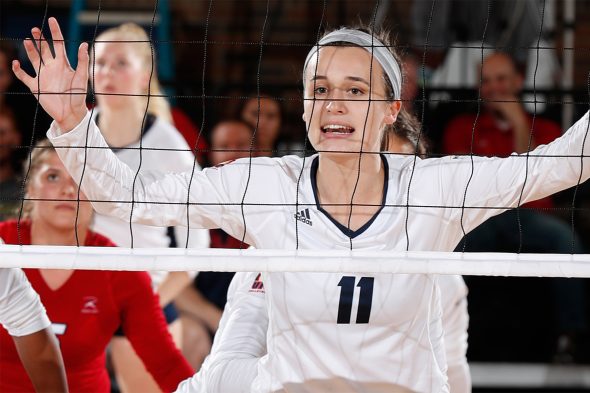 Former Illinois-Chicago middle blocker Sarah Daneliak is transferring to Providence for the 2018 season. A redshirt freshman last year, Daneliak will have three years left of play with the Friars come the fall, although she has already enrolled with the school and should be immediately eligible.

A 6’0″ native of Naperville, Illinois, Daneliak attended Illinois-Chicago after a prolific career at Neuqua Valley High School. In 2016, she didn’t appear in any action and by all accounts took a redshirt. That led into this past season when she started in all 30 of the team’s matches.

Providence is coming off of a 17-16 season in 2017 in which they went 6-12 in Big East play. The Friars have three other middle blockers on their roster for 2018 as of now to join Daneliak and compete for time at the position.

Illinois-Chicago went 17-13 last season and 8-8 in the Horizon League. The 2018 spring roster has just two middle blockers now, including a transfer into the program in Tatyana Ndekwe.