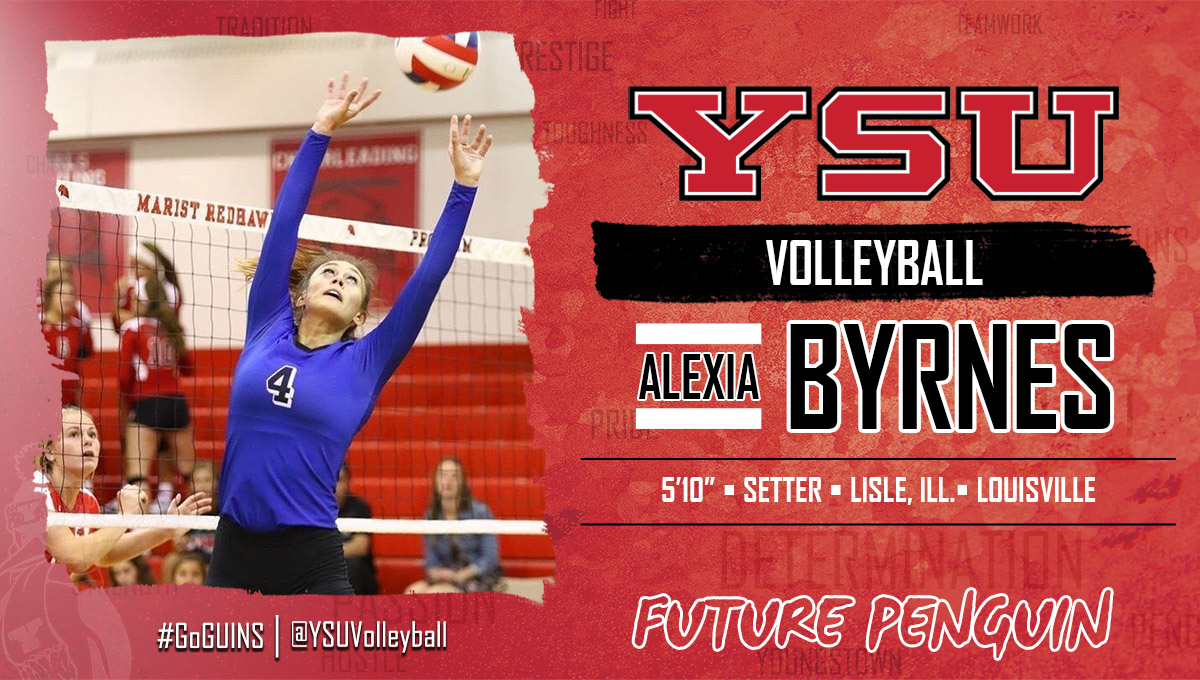 Former Louisville Cardinals’ setter Alexia Byrnes has found a new home, as she is transferring to Youngstown State for 2018. Standing at five-foot-ten, Byrnes will join the Penguins in the fall and have four years left of eligibility.

In her lone season with Louisville, Byrnes redshirted with the Cardinals. That will leave her to be a redshirt freshman come 2018. Prior to her collegiate experience, Byrnes attended Saint Francis High School in Wheaton, Illinois. She played as both a setter and opposite en route to a pair of state championships and all-conference honors in 2016 and 2017.

“Alexia comes to us with an elite training background and high-level experiences,” new Youngstown State head coach Aline Scott said in the team’s release. “Her setting abilities along with her work ethic and competitive drive will enhance our gym and team culture immediately. She is an outstanding addition to our roster and I cannot wait to have her in a Penguins uniform.”

Youngstown State finished with an 8-22 mark last year while playing in the Horizon League. They return one setter on their roster in soon-to-be-sophomore Libbie Darling. It’s possible the two compete for one setter spot, but it seems likely both will play after the Penguins utilized a 6-2 last year with Darling representing half of the contributing setters.

For her former school, Louisville, it’s their second loss to transfer at the setter position after also losing Kali Eaken at the group. They’re coming off of a 24-7 season in 2017 in which they went to the NCAA Tournament.