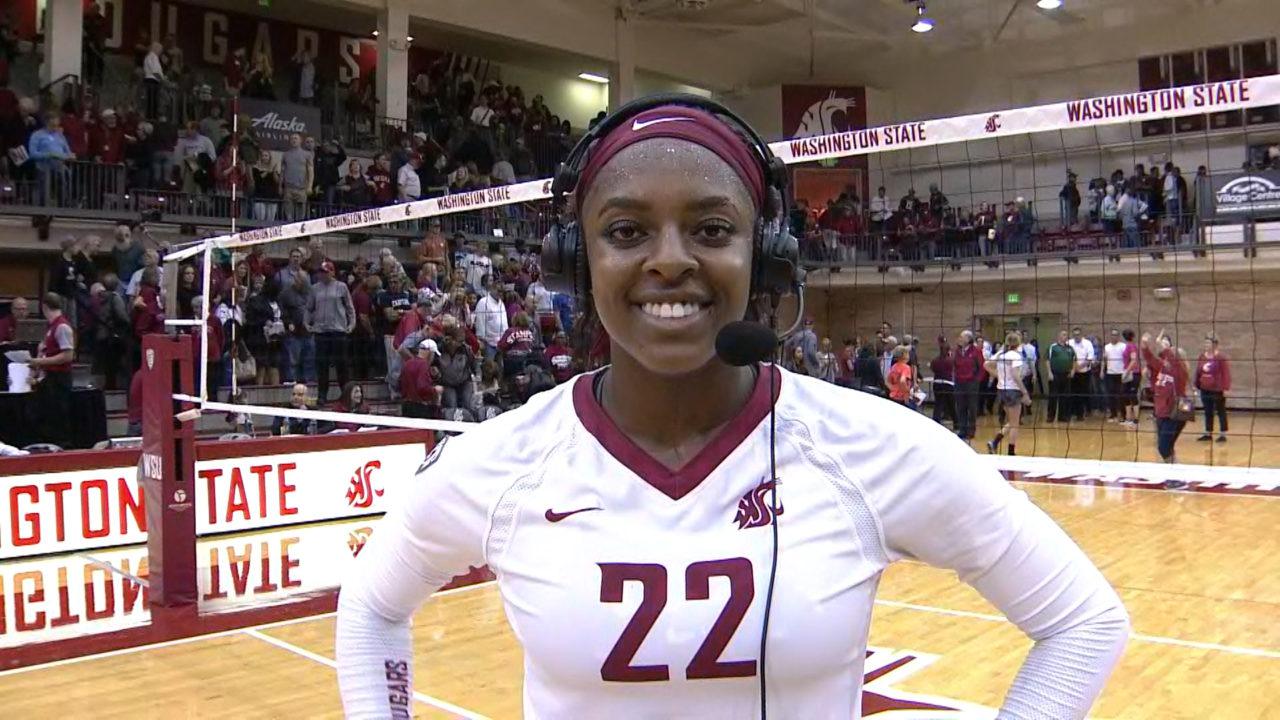 Holt, originally from Hercules, California was named an AVCA Honorable Mention All-American as a senior, in which she hit .207 and averaged 3.83 kills/set in 124 sets Current Photo via Courtesy Pac-12 Confference

Swiss volleyball club Nuc Neuchatel has announced in its official webpage the signing of former Washington State University star Kyra Holt to its roster. The 6’1″ left handed outside hitter is transferring out of Spanish club Dimurol, and is set to undergo her second professional season.

Holt, originally from Hercules, California was named an AVCA Honorable Mention All-American as a senior, in which she hit .207 and averaged 3.83 kills/set in 124 sets. She had over 20 kills on five different occasions on the year, with most of those games coming against top 25 and NCAA tournament-caliber competition. In the team’s lone win at the NCAA tournament, a 3-1 triumph over Marquette, she recorded 22 kills and a .370 average in just 4 sets, adding in 8 digs and 3 aces for 25 total points.

Holt will join a Neuchatel club that finished its last regular season in 4th place with a 16-11 record before being knocked out of the playoffs by 5th seeded Schaffhausen in three games. Its 4th place finish clinched it a spot in next season’s CEV Challenge Cup. Holt will be joined in the team by fellow Americans Martenne Bettendorf and Tia Scambray.

A post shared by NUC Volleyball Official (@nucvolleyballofficial) on May 30, 2018 at 6:49am PDT