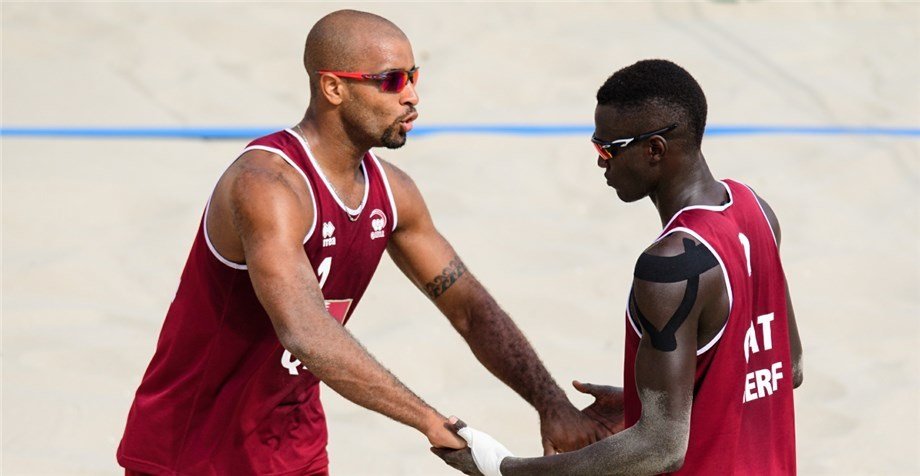 2016 Rio Olympic duo of Jefferson Santos Pereira and Cherif Younousse took down Austalia’s Chris McHugh and Damien Schumann in a tough three-set match 2-1, (21-12, 27-29, 15-13). Should they be selected to represent Qatar they will look to continue further into the tournament than they did in the Netherlands 2015, World Championships where they made it to the quarterfinals.

The four team that qualified at this event will join the 48 national squads that will be in attendance at the World Championships. With each continental tour – Asia, Africa, Europe, North America, Central America and the Caribbean and South America – all qualify four teams per gender for a total of 20 teams. Another 23 teams will qualify for the FIVB Beach Volleyball World Tour, with the host nation qualifying two teams per gender and another three wildcard picks up for grabs.