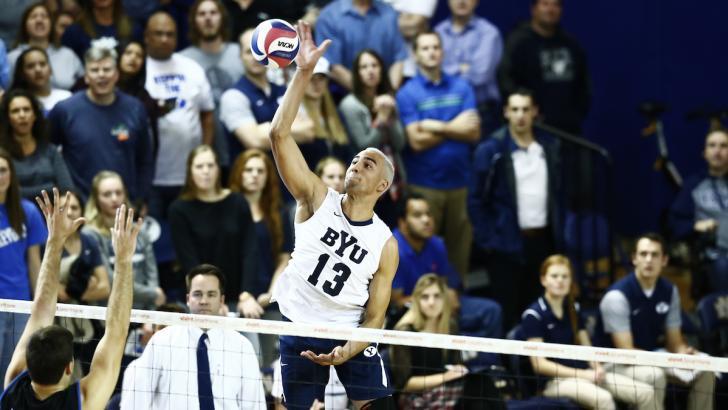 The U.S. Men's National Team preliminary roster for the FIVB World League has been announced, with new and familiar faces gracing the team. Current Photo via BYU Photo

The U.S. Men’s National Team preliminary roster for the FIVB World League has been announced, with new and familiar faces gracing the team. John Speraw, U.S. Men’s Head Coach, saw that is was crucial to give younger players a chance to play in high-level international competitions, as well as give veteran players a rest.

In 2016, the U.S. Men finished fifth at the FIVB World League and took the bronze medal at the 2016 Rio Olympic Games. Currently, the squad is tied for a #2 world rank with Poland.

Among the new players entering the squad are four collegiate players that are finishing up their season or just recently ended their season. BYU has two players making the team in Jake Langlois and Ben Patch, who competed with the squad in 2016. Patch has expressed his intent to turn professional at the NCAA Tournament. Loyola-Chicago’s Jeff Jendryk and Long Beach State’s TJ DeFalco also made the roster. DeFalco was a member of the 2015 World League preliminary roster and more recently was selected as the AVCA Division I-II Player of the Year.

Patch, Langlois, and DeFalco are all competing in the NCAA Tournament and will play each other tonight in the semifinals.

Those not returning on this year’s roster are outside hitter Aaron Russell who suffered an injury with his club team, opposite Murphy Troy who has retired and outside hitter Reid Priddy who is playing beach volleyball this season. Also not starting with the squad are opposite Matt Anderson and middle blocker Max Holt, who are taking time off early in the season but are expected to be back for the USAV Cup. Three-time Olympic middle blocker David Lee is taking the season off.

Those not in college and making their debuts on the squad are Taylor Averill and Thomas Carmody.

Outside of the Olympians on the team, past World League members who made this year’s squad are opposite Carson Clark, outside hitter Jayson Jablonsky, middle blocker Dan McDonnell, outside hitter Garrett Muagututia and libero Dustin Watten.

14 of the 18 players can be chosen for each World League weekend, as long as two players are designated liberos.

The official start date for training will be May 8 at the American Sports Center in Anaheim, California. The team’s first match will be against Serbia on June 2.