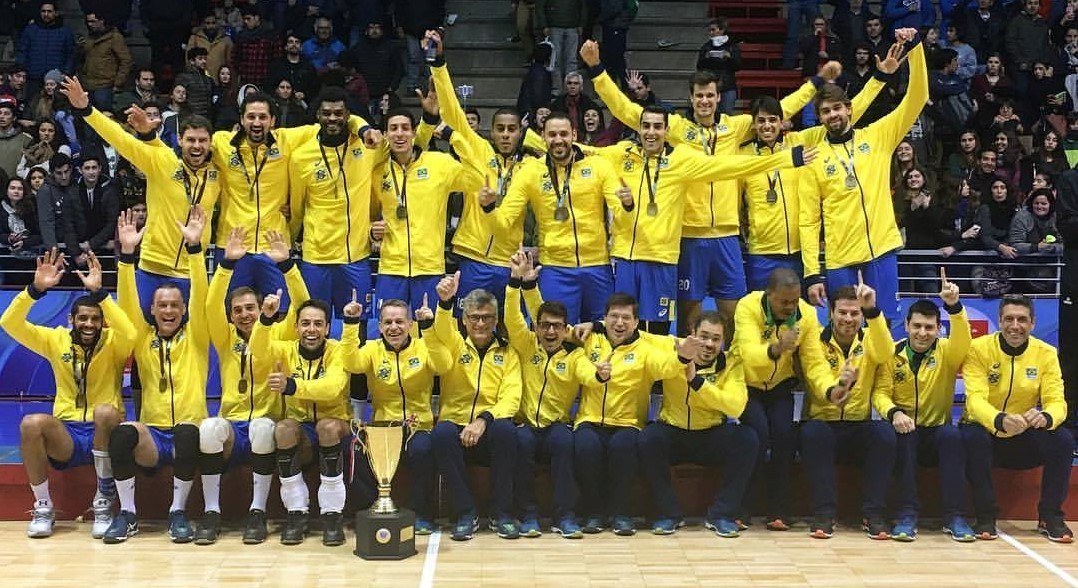 How will his statements be met by the Brazilian national team roster? Current Photo via CBV

Marcelo Fronckowiak is a respected coach in Brazil. After all, he has won 2 Superliga titles, one of them in 2012-13 with JRX,  the last time a team not named Sada/Cruzeiro won the tournament. Marcelo’s curriculum also includes many years in Europe as a head coach, most notably in France with Lille, Russia with Dynamo Krasnodar, and now Italy’s Vibo Valentia. His many accolades have earned him a spot in the Brazilian national team’s staff, as Renan Del Zotto’s main assistant.

He recently spoke to the Brazilian media about his impressions with the Italian league and the insertion of Brazilian players in the foreign volleyball market (Blog Saída de Rede):

“The professionalism, the tradition, and the cities make up Italian volleyball. The Italian Championship is again the most competitive in the world without a doubt. The level of the matches is very high and it is not uncommon for the less strong and less rich teams to achieve important results and wins against the favorites. For years the structure has become more and more professional every season. In 2018/2019, for example, there will be four professional divisions in Italy. Several A2 teams have budgets even larger than some A1 teams

I believe that in the domestic seasons, the Europeans are in advantage by the level of parity of the main championships in the continent. A characteristic of the most spectacular national team of all time, Brazil’s Olympic gold squad in Athens 2004, was that all players in Brazil’s rosters were playing in the in the Italian championship. We have an excellent level in the Brazilian Super League, but there is an abysmal investment and performance gap between the top and bottom teams. Look at the Americans. Of the current Team USA players, only the opposite Matt Anderson is not in Italy, but he still plays in a very tough Russian League. Of course they still do not have a chance to play in their country, but they choose carefully where they will play.

We have an excellent market for Brazilians out of the country, we have good agents who work in partnership with European agencies, but I believe that not all Brazilian athletes think of playing abroad due to pressure issues, a different work culture, the need to deliver results quickly, and the language barrier. The foreigner will always have the obligation to present immediate results. It is convenient to stay in Brazil, especially for athletes who have a good name.”

Knowing that Marcelo is Renan Del Zotto’s right hand man in Brazil’s national team, and that indeed, most of Brazil’s big name stars currently play in Brazil, how will his statements be met by the roster after essentially contesting the players’ “work culture.” Marcelo’s statements look like a recipe for disaster.