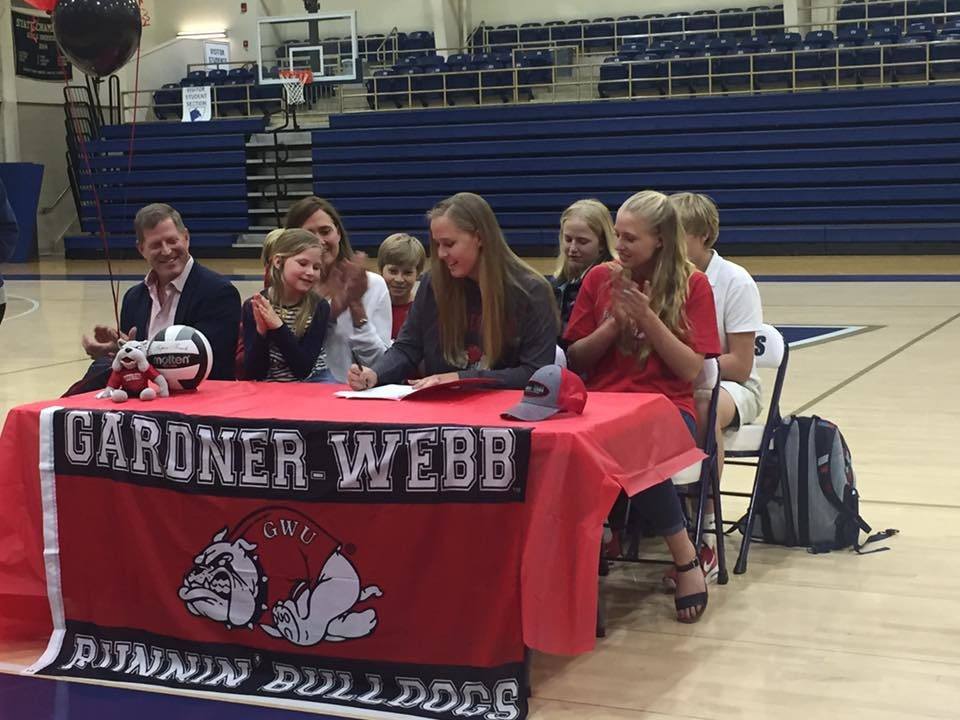 Gardner Webb expanded its class of incoming freshmen to six members with the signing of Elizabeth Griffith (Roland, Ark.) and Maria Emmick (Indianapolis, Ind.) on Wednesday.

Griffith, a 6-1 middle blocker/right side hitter, was a two-time all-state honoree, earning the accolades her sophomore and senior years at Pulaski Academy. Griffith led Pulaski to the conference title in 2016, accounting for 2.0 kills per set on a .363 hitting percentage to go with 0.60 blocks per set and 44 aces. The Roland, Arkansas, native was an all-conference honoree as a junior after posting 2.0 kills on a .322 hitting effort and adding 0.50 blocks and 14 aces. Griffith plays club volleyball for the Fatchmo Volley Club.

Emmick, a 6-0 right side hitter, was a two-time all-conference and two-time Indianapolis All-City honoree at Cardinal Ritter High School. The four-year starter led her team to the conference and sectional titles all four years and to the Indiana Class 2A Final Four as a sophomore. As a senior, Emmick managed 513 kills (5.1 per set), while hitting at a .500 clip and adding 1.3 digs and 0.7 blocks per set and 22 aces. As a junior, she put down 2.3 kills per set at a .301 efficiency, while chipping in 30 aces and 0.7 blocks per set. As a sophomore, Emmick managed 1.4 kills and 0.8 blocks per set and served up 70 aces. Emmick plays club volleyball for the Circle City Volleyball team.