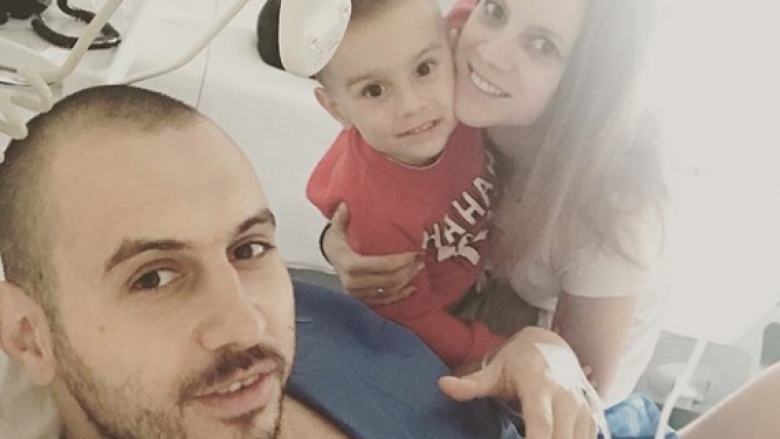 Bulgarian setter Georgi Bratoev has emerged from his ankle surgery in Porto, Portugal, and the results have been put forward as “successful.” The surgery was performed on Monday by Nick Van Dijk at the Santa Maria Hospital. Van Dijk is the team surgeon of world soccer superpower Real Madrid and also works with FIFA, the international football federation.

The surgery was arranged and paid for by the Bulgarian federation and his club Lukoil.

In an Instagram post after the surgery, Bratoev said (in English) “So operation is done , with does supporters everything is easy , todays start the recovery, finger crossed 🤞 and thanks to everyone who was with me!”

So operation is done , with does supporters everything is easy , todays start the recovery, finger crossed 🤞 and thanks to everyone who was with me!

Bratoev had originally hoped to be back in time for the World Championships, but was ruled out by a French doctor in July.

The injury, originally suffered during week 3 of the Nations League, has been a roller-coaster ride for Bratoev. At first, it appeared severe, but then the team was brought initial relief when he was on the next week’s roster anyway. After the foot continued to cause him pain, he underwent an MRI which revealed the break, but still was anticipated to return for the World Championships, which begin on September 9th – almost 2 months after his surgery.

Bratoev has spent more than a decade with the Bulgarian National team, including a bronze medal won at the 2009 European Championships. 25-year old Georgi Seganov took over for Bratoev at the Nations League, without much obvious drop-off in performance. Both players are very tall for the position (Bratoev is 6’8″, Seganov is 6’6″), and Seganov wound up with a higher running-sets-per-set average at the Nations League than did Bratoev.

The team was 2-3 before Bratoev’s injury and 3-4 after, in spite of the tougher matches, including a finale win over Brazil, coming in the back half of their tournament.

The team is currently a high-altitude training camp in Belmeken, where they will stay until August 11th. Bratoev is just one of a slew of injuries plaguing the team as they head toward a World Championship tournament that they’ll co-host with Italy.

Bulgaria, who play their first-round pool at home in Varna, will host Cuba, Finland, Iran, Poland, and Puerto Rico in what turned out to be a much more challenging pool than their co-hosts Italy had to face. They will need to finish only in the top 4 in that pool, however, to advance to the 2nd round of competition.

They will play the opening match of the whole tournament, on September 9th, against Finland.