In Miraculous Recovery, Georgi Bratoev Returns for Week 4 of #VNL 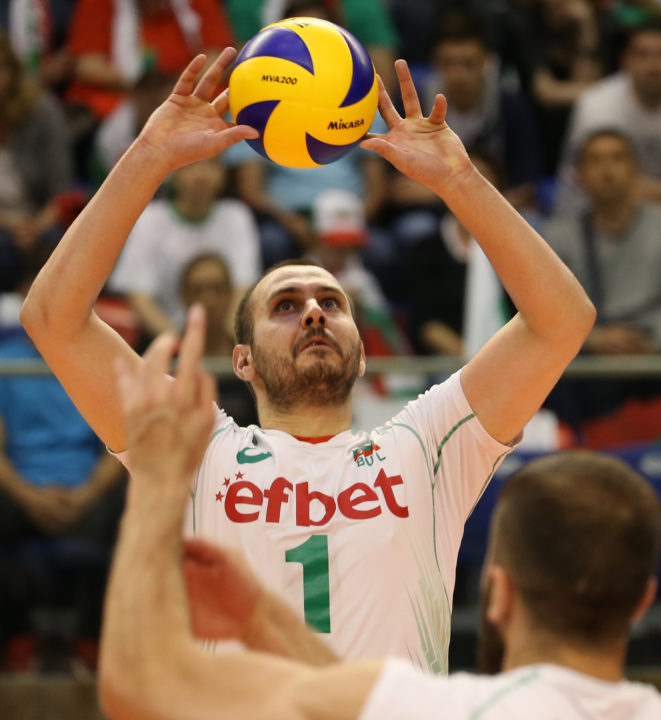 After spraining his week ago 2 weeks ago in the 2nd week of the Volleyball Nations League, Bulgarian setter Georgi Bratoev... Archive Photo via FIVB

After spraining his week ago 2 weeks ago in the 2nd week of the Volleyball Nations League, Bulgarian setter Georgi Bratoev has made a miraculous recovery and is expected to play this weekend when Bulgaria hosts a round of the international tournament in Varna.

He is not expected to start Friday’s match against France, but is on the 14-man roster and available to play. that’s in spite of comments shortly after the injury, where fear of a break was revealed to just be a sprain, that indicated Bratoev didn’t expect to return until the World Championships. Bratoev stayed home when the team traveled to China last week and underwent treatment on the ankle, and is now apparently healed enough to be ready to play.

Georgi Seganov has played well in Bratoev’s absence, and is expected to continue to start in week 4.

Also joining the team this week are Todor Skirmov, libero Vladislav Ivanov, and for the first time in the tournament middle blocker Krasimir Georgiev.

Bulgaria has a 3-6 record so far in the Nations League, which leaves them in 12th place out of 16 teams. They are not are not mathematically eliminated, but would need at least 2 wins this weekend to stay in contention.