Germany Rallies Against Mexico To Earn Bronze In World League 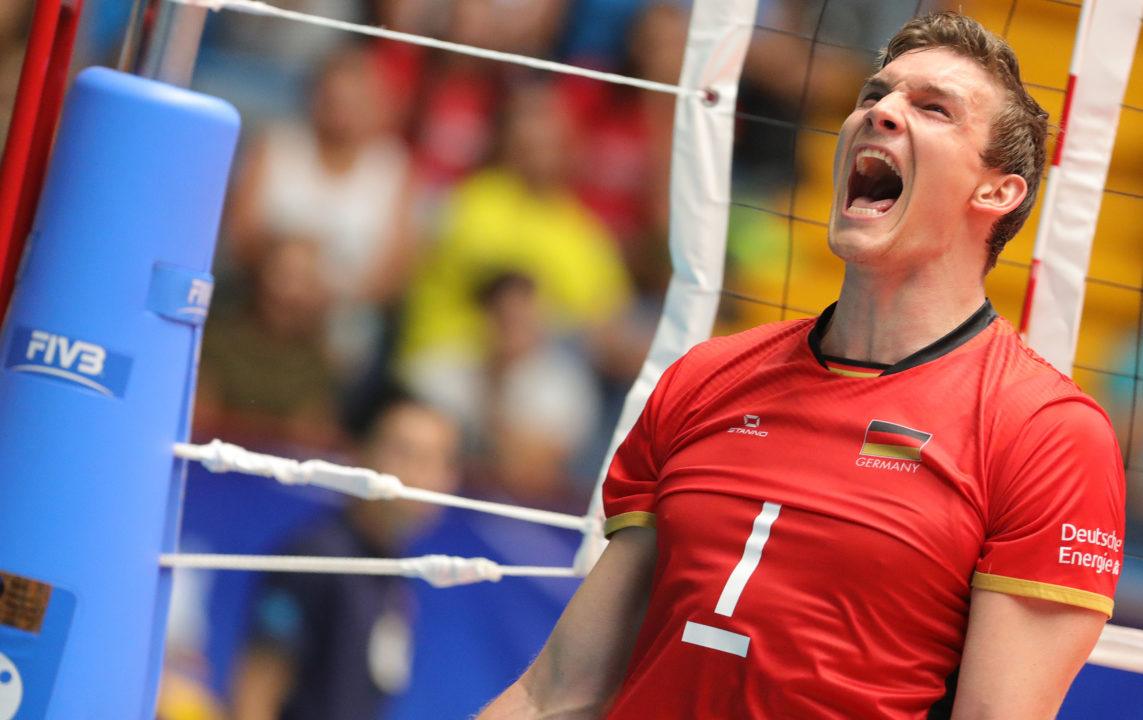 Germany rallied after being taken down by Spain in the semifinals to earn the bronze medal in Group 3 of the FIVH World League.  Current Photo via FIVB

Germany rallied after being taken down by Spain in the semifinals to earn the bronze medal in Group 3 of the FIVH World League. The German crew took down hosts, Mexico in a three-set sweep.

The opening set was a back and forth race, with constantly tied scores, with the last coming at 13 all. The German’s took charge after that to take a four-point lead, which helped them to their 25-19 first set win. The second set started with Germany taking a large lead over Mexico, giving them a comfortable second set win of 25-19 and the 2-0 match lead.

The final set saw Germany with constant leads throughout the set, but Mexico made a comeback late to tie up the set 23-23. The hosts couldn’t finish on their comeback run, dropping the set 26-24 and the match.

Simon Hirsch led the German attack with 16 points, the only player on the team to score in double-digits. For Mexico, Jorge Barajas led the losing effort with 11 points.