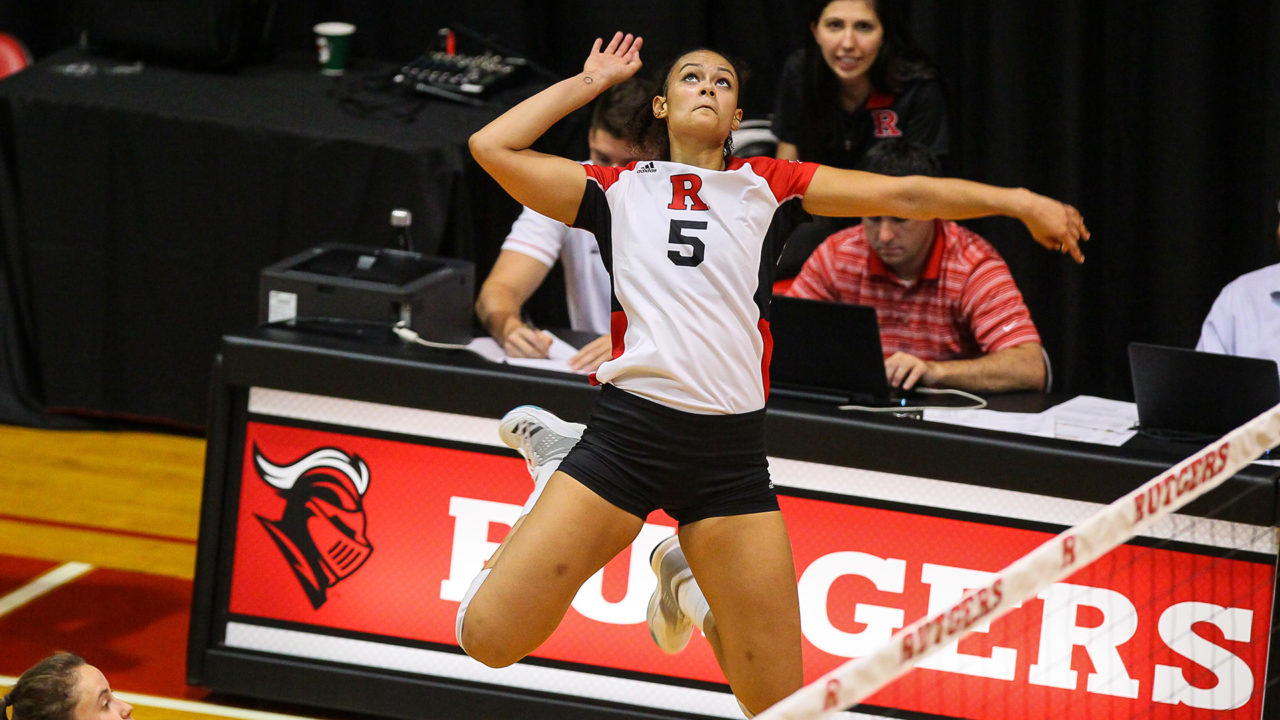 Rutgers transfer Meme Fletcher is headed to Grand Canyon for her final season in 2018. Archive Photo via Rutgers Athletics

Fifth-year senior outside hitter Meme Fletcher is transferring out of the Big Ten and Rutgers to spend her final season with Grand Canyon. Fletcher will be immediately eligible for her final season of play indoors.

A 6’1″ outside hitter originally from Overland Park, Kansas, Fletcher appeared in just 23 sets this last season and logged 1.65 kills per set to go with 1.77 digs per set. Her top season though came in 2015 as a sophomore when she notched 3.57 kills per set – which ranked sixth in the Big Ten.

In total for her career with the Scarlet Knights, Fletcher recorded 778 kills and 606 digs.

“With Meme, we are bringing in someone who can score points for us and is also an elite level defender,” Grand Canyon head coach Tim Nollan said in the team’s release of the transfer.  “I believe we will have a very staunch defense, we are a great ball control team as it is, it is getting better next year and I think we will take a huge jump defending wise as we try to become the premier defending team in the league.”

Grand Canyon will look for the addition to raise their game after an 8-18 (3-11 WAC) season. They now have four outside hitters on their 2018 roster plus any fall additions.

Meanwhile, Rutgers – who went 5-27 last season and 0-20 in the Big Ten – is left with four outside hitters capable of returning to the team in 2018. They’ve been hit pretty hard by transfer losses, as Fletcher adds to the departures.