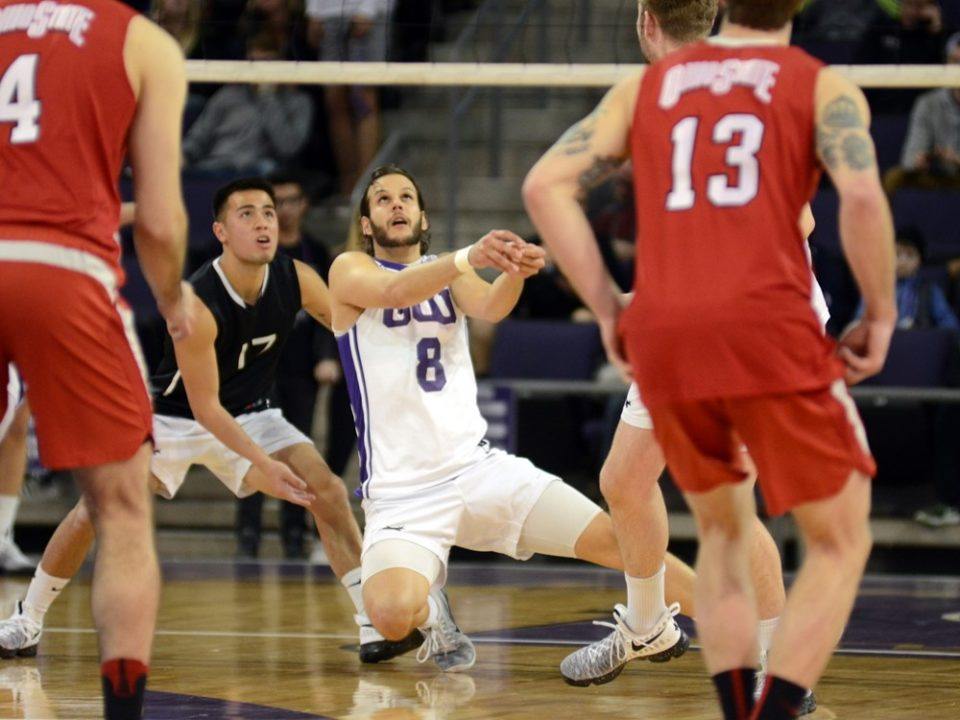 Three Lopes had double-digit kills in Cullen Mosher (14), Shalev Saada (10) and Matthew Kinnebrew (10) as the Lopes totaled 44 kills on the Friday. Mosher lead the court with the most kills while also adding an ace to his resume. Ashton King led the Lopes with five blocks, followed by Michael Milstein (4) and Saada (2). Milstein added 40 assists on the evening.

GCU will have a quick turnaround for match two against McKendree on Saturday, March 11 at 6 p.m. MST. The Lopes will look for their third consecutive victory before returning home for the next four games.

The loss dips McKendree to 7-13 overall and 2-5 in the Midwestern Intercollegiate Volleyball Association. The teams will tangle again tomorrow night at 7 p.m.

Schnittker, Schmidt, and Patterson each put down a kill as the Bearcats opened the match with a 6-4 lead. Frank followed with a kill and an ace as the set moved to 12-8 in favor of McKendree. Patterson tallied a kill followed by an ace from Schnittker to push the Bearcats ahead 15-10, forcing a timeout from the Antelopes. Grand Canyon cut the lead to three at 17-14, but the Bearcats followed with three straight points including a kill from Rueter to extend the lead to six. A block from Schmidt and Frank moved the lead to 22-16 as McKendree coasted to an eight-point win in set one.

The Bearcats picked up where they left off in the second set as Schnittker opened with a kill followed by a pair of blocks from Frank and Patterson to put McKendree ahead 5-2. The Antelopes countered with six of the next seven points to take an 8-6 lead before a 4-0 run pushed Grand Canyon ahead 16-11. Back to back blocks from Patterson sparked a 5-2 run for the Bearcats to slash the lead to 19-17. McKendree continued claw back into the set with a 3-0 run, bookended by kills from Schnittker to pull within one point at 23-22, but Grand Canyon was able to escape with two of the final three points to knot the match at 1-1.

Schnittker put down three kills to give McKendree a 9-8 lead in set three. Frank chipped in two more kills, but the Antelopes were able to tie the set at 14. Grand Canyon would jump ahead 23-20 with a 5-2 run, and withstood kills from Fiduccia and Patterson to take a 2-1 lead heading into set four.

The Antelopes continued to score earning a 9-7 lead to start set four before surrendering a 5-0 run to the Bearcats that featured a pair of kills and a block from Schmidt to put the Bearcats on top at 12-9. Frank and Schmidt each put down a pair of kills as the set shifted to 18-17 in favor of McKendree. The Antelopes would use two straight point to capture a 19-18 lead, but the Bearcats used a 3-1 run thanks to a pair of kills from Frank to go ahead 22-21. The teams traded two point runs as a block from Fiduccia forced set point at 24-23, but Grand Canyon scored four of the next five points to clinch the set and the match.