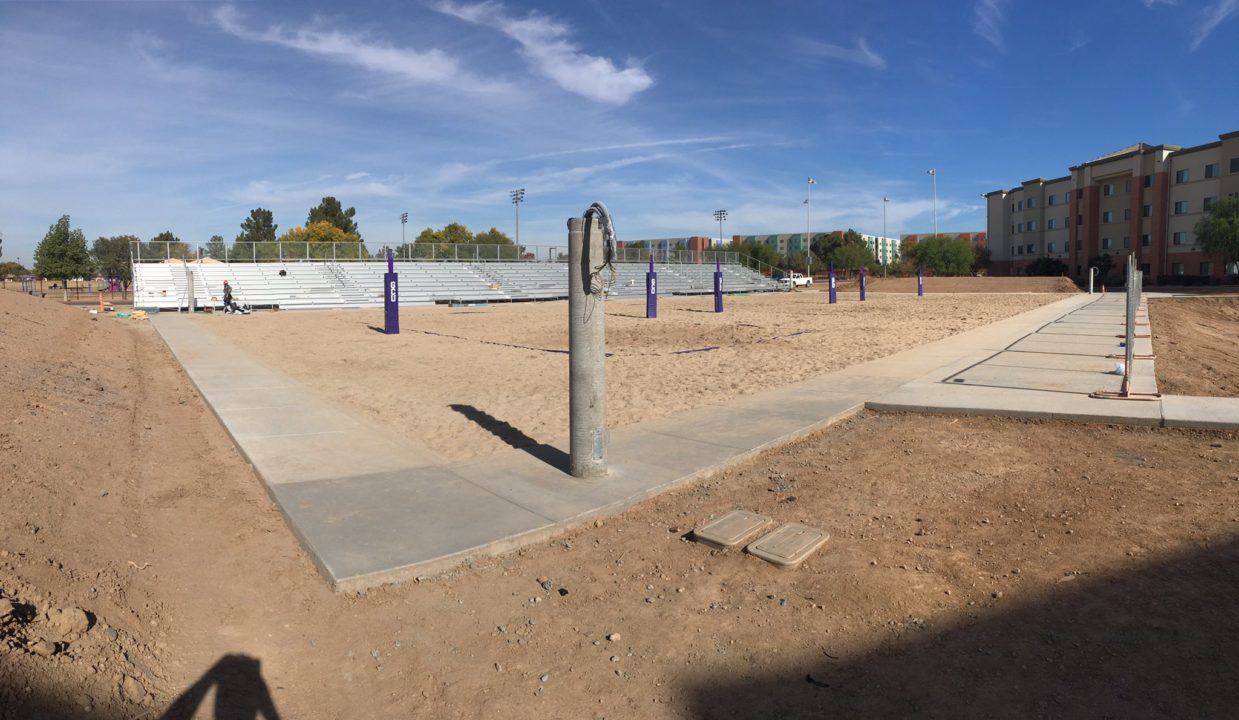 Grand Canyon University will debut a brand new stadium for its beach volleyball team in 2017. The stadium will make its debut at the team’s season-opening tournament from March 3rd-4th, where the team will host Colorado Mesa, Hawaii, and Loyola Marymount.

The stadium is one of 10 new sports facilities being added by GCU over a two year period as part of its transition to the top division of NCAA competition. When the transition is complete, they will be the first for-profit university in Division I athletics.

The new stadium will have grandstand seating for 500, with seating for an additional 200 fans on two berms positioned around the 3 varsity courts – a common theme among the new GCU athletics facilities. There will also be 4 additional courts for recreational use (that can also be used for warmups during tournaments). The school hopes that the turf area south of the main courts will help give the stadium a “relaxing, beach feel.”

The other 9 facilities being built are competitive facilities for soccer, baseball, softball, and tennis; as well as a new student-athlete development center, basketball practice facility, equipment room, and additions to the school’s golf course and the Lopes Performance Center.