The Hague Will Feature A Swiss & Brazilian Women’s Finals 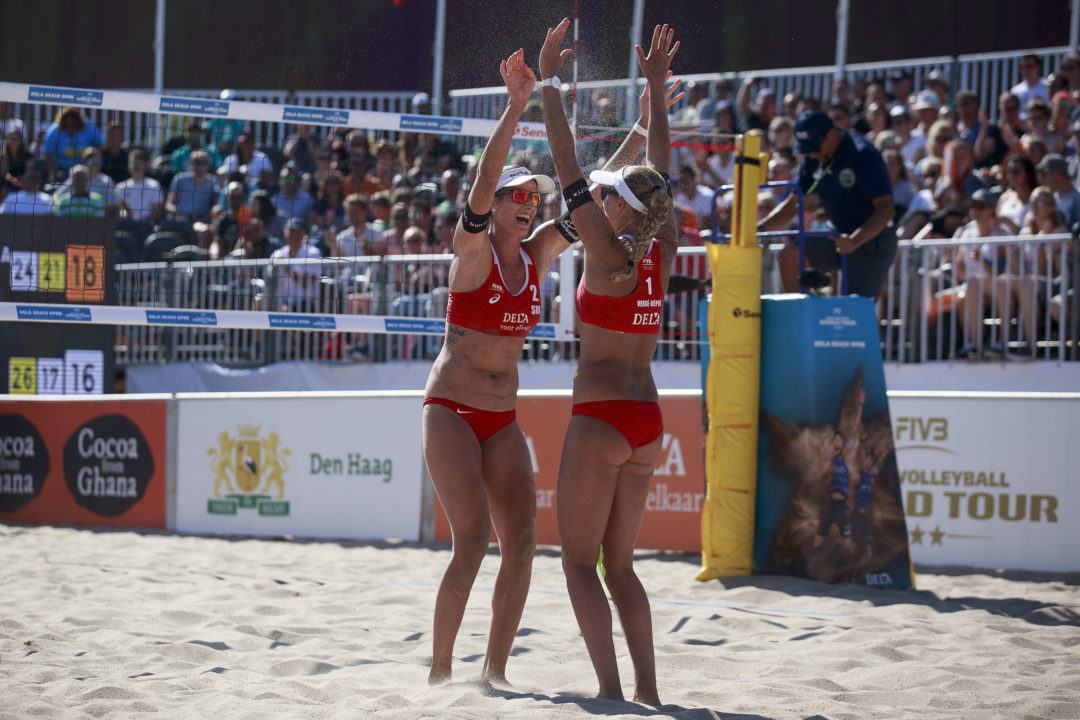 The women's finals have been set, with the conclusion of quarterfinal and semifinal play at the FIVB World Tour event in The Hague. Current Photo via FIVB

The women’s finals have been set, with the conclusion of quarterfinal and semifinal play at the FIVB World Tour event in The Hague. The Hague is a three-star World Tour event that has a purse prize of $150,000, with the first place finisher taking home $10,000 to share.

The quarterfinals matches were all completed with sweeps, and two Brazilian pairs making it to the finals. The lone American duo of Sweat/Ross dropped their quarterfinal match to Swiss pair Verge-Depre/Heidrich. Agatha/Eduarda faced off in a Brazilian showdown against the top-seeded France/Antunes to head into the semifinals, while a Canadian battle commences between former partners Pavan and Bansley and their new teammates, with Pavan/Humana-Paredes coming out on top.

It will be a Swiss and Brazilian final at The Hauge, as Heidrich/Verge-Depre were able to take down a strong Brazilian pair of Agatha/Eduarda in a tough three-set match. In the other match, Salgado/Antonelli swept through Humana-Paredes/Pavan in straight sets to move onward into the finals.