Russia’s Krasilnikov/Liamin Back In The Finals In The Hague 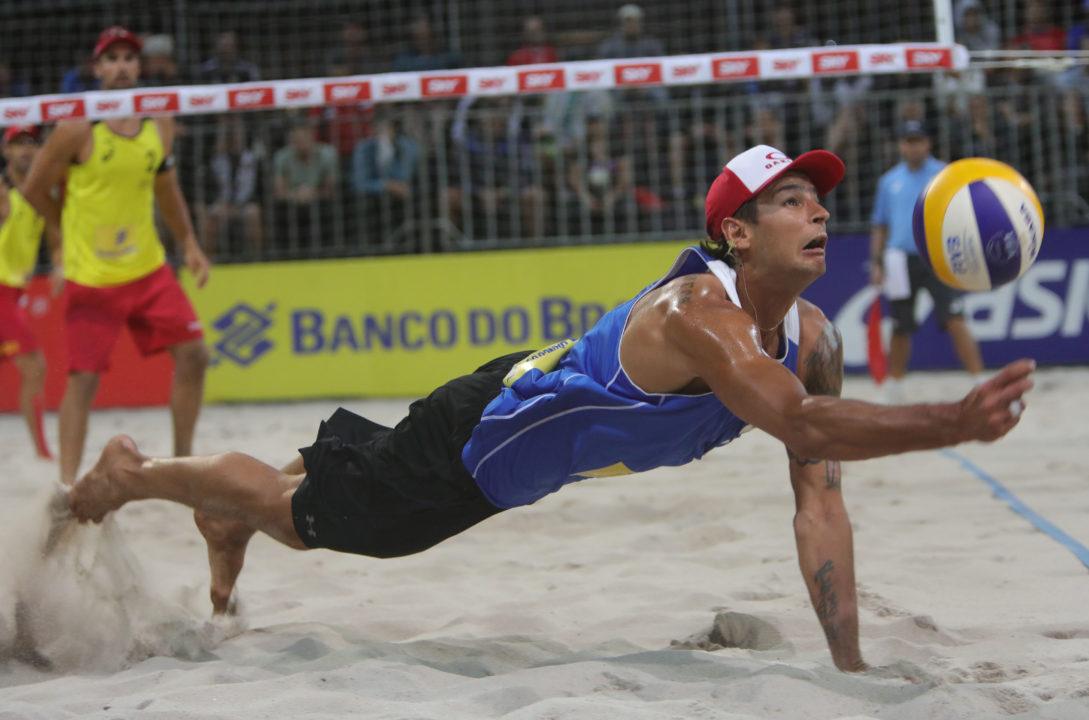 The finals for the men's side of the FIVB World League have been set in The Hague.  Current Photo via FIVB

The finals for the men’s side of the FIVB World League have been set in The Hague. The winner of the event will receive $10,000 to split out of the $150,000 purse prize for the three-start event.

After dominating the podium over the course of this year’s World Tour, no Brazilian teams extended their play past the quarterfinal round. Instead, Italy, Spain, Switzerland and Russia moved on to the semifinal round.

Spain and Russia will highlight the men’s finals in The Hague. Herrera/Gavira swept their Italian opponents with ease, with Russia’s Krasilnikov/Liamin took down Beeler/Krattiger with consistency.

The Russian duo are now in their second straight finals match, after losing to Phil Dalhausser and Nick Lucena of the United States in Moscow.