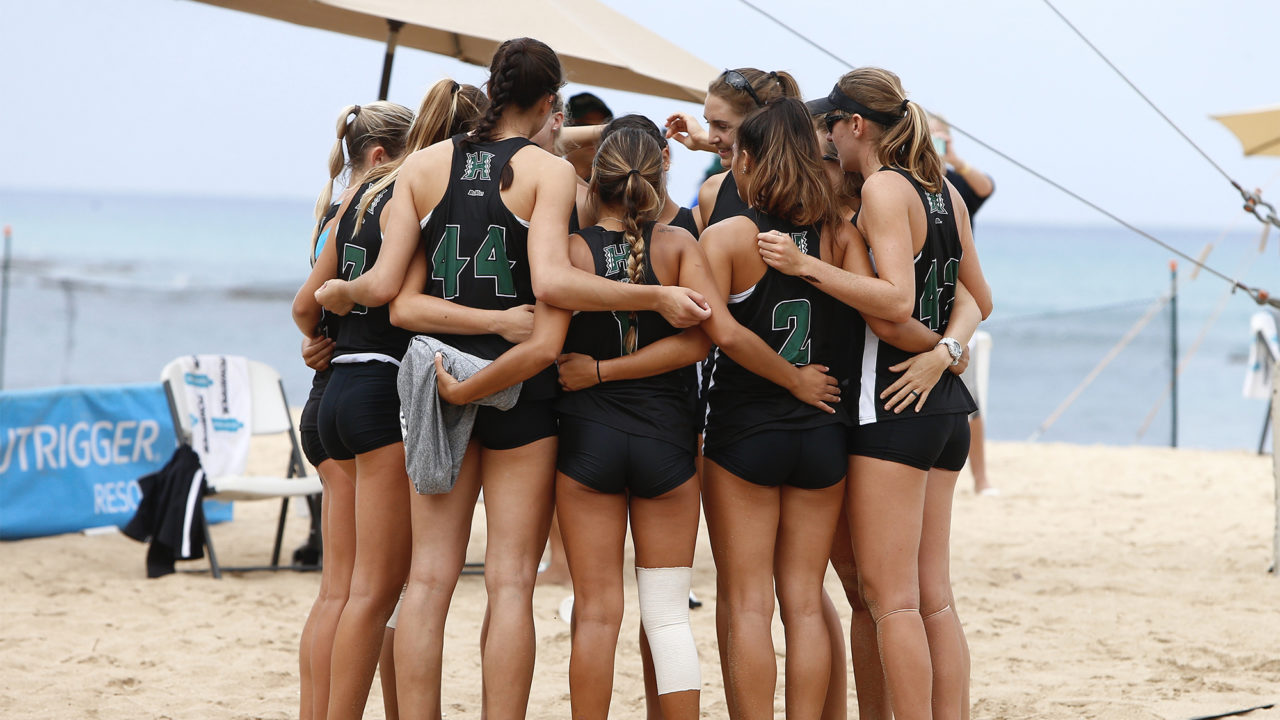 Fans can get their first glimpse of the 2019 University of Hawai'i beach volleyball squad when the SandBows host a weekend of competition at Queen's Beach this November. Current Photo via Hawaii Athletics

HONOLULU – Fans can get their first glimpse of the 2019 University of Hawai’i beach volleyball squad when the SandBows host a weekend of competition at Queen’s Beach this November.

The Rainbow Wahine will face Big West rival Cal Poly in a pair of afternoon exhibition dual matches on Saturday, Nov. 17. The following day, beach volleyball newcomer UC Davis will join the fray for a 16-team pairs tournament.  Times for both events will be announced at a later date.

On Nov. 17, UH and Cal Poly will compete in a traditional format during its first dual, before playing an experimental “Ryder Cup”-style dual in the second meeting. Instead of submitting a pre-match lineup, each coach will alternate selecting pairs against their counterparts to create the matchups on each court. Cal Poly, led by former Olympic gold medalist Todd Rogers, was ranked as high as No. 4 nationally last season.

Meanwhile, UC Davis will hit Queen’s Beach on Nov. 18, two days after closing out its indoor campaign versus the Rainbow Wahine at the Stan Sheriff Center. The 2019 season will be the inaugural beach volleyball season for the Aggies.

The SandBows return a dozen players from last year’s squad that won a school-record 37 matches and finished one match shy of an appearance in the NCAA finals. Four newcomers join this year’s team, highlighted by high school All-American Kylin Loker and Division I transfer Julia Scoles, who was an honorable All-American for the North Carolina indoor program.