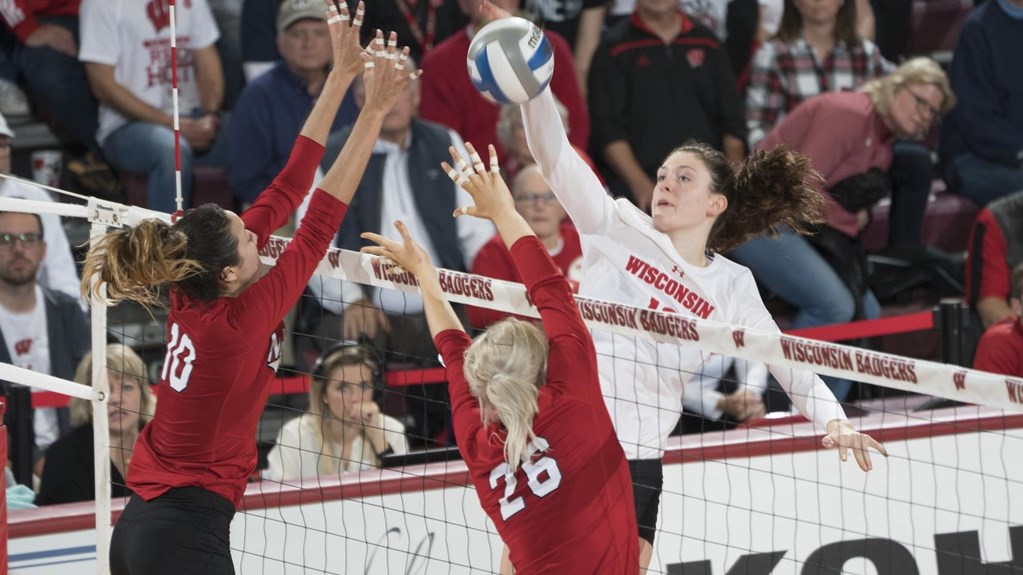 Rettke's career high in kills against defending NCAA Champions Nebraska earned her National Player of the Week honors from the AVCA. Current Photo via Nebraska Athletics

6’8″ Wisconsin middle blocker Dana Rettke has been named the AVCA National Player of the Week for October 23rd. She is just the 5th player  in program history to earn the award after a week where the Badgers beat the defending NCAA Champion Nebraska Cornhuskers and took revenge via a 3-0 sweep of a loss last week to Iowa.

In the process, Rettke tied her career-high with 10 blocks against Nebraska and chipped in 12 kills for her 2nd-career double-double. Against Iowa, she hit .739 on an errorless 17 kills. Both of those numbers are 3-set season highs for Wisconsin players.

VolleyMob’s National Player of the Week is Lyndie Haddock-Eppich of BYU.

2018 AVCA National Players of the Week