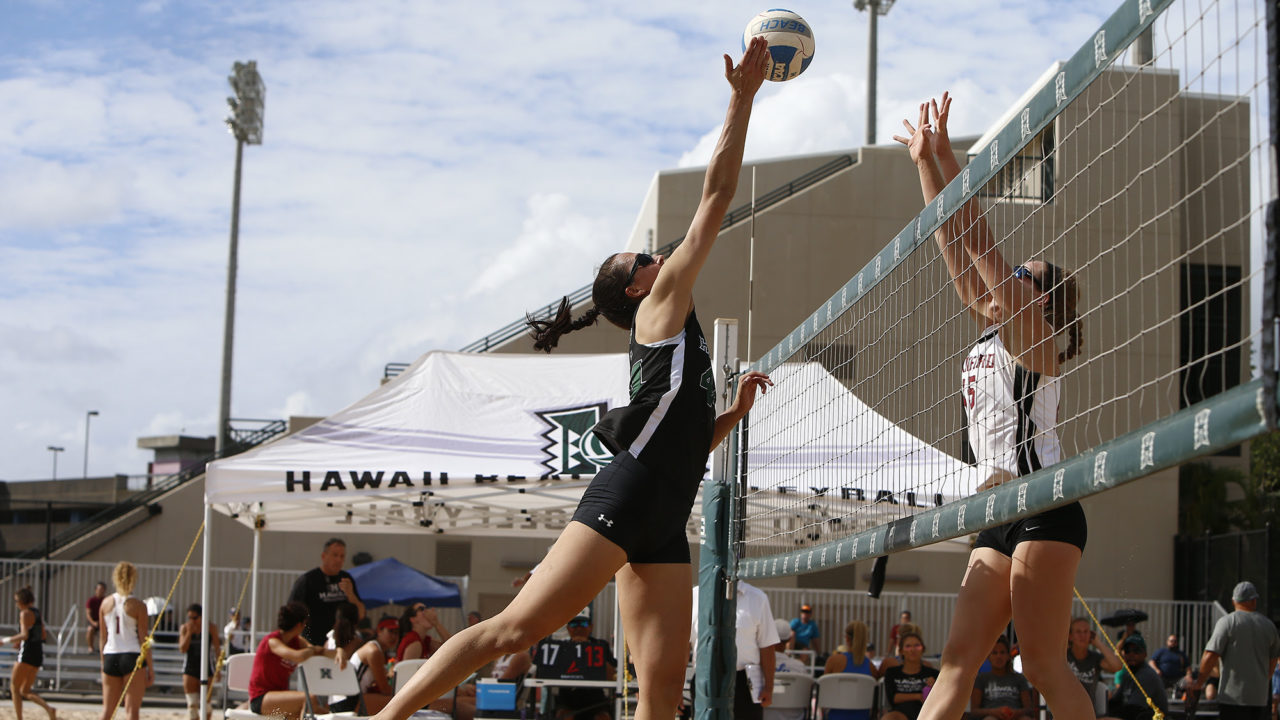 The No. 5 University of Hawai'i beach volleyball team (7-3) will take on a trio of teams—including West Coach rival USC (8-4), when it hosts the Outrigger Hawai'i Invitational, March 17-18 at Queens Beach. Current Photo via Hawaii Athletics

UH is coming off its first road trip of the season. UH went 4-2 on the mainland while taking on six ranked squads. Among the wins were victories over No. 20 TCU, No. 13 Florida International, and No. 9 LSU.

UH has been particularly strong at the No. 2 and 3 flights. Emily Maglio and and Ka’iwi Schucht have gone 8-2 at No. 2, while Morgan Martin and Lea Monkhouse have done the same at the No. 3. Martin and Monkhouse took home Big West Pairs Team of the Week honors after winning five of six matches on UH’s latest road trip.

Following the Outrigger Hawai’i Invitational the Rainbow Wahine will host Nebraska in a dual match on Tuesday, March 20 at the Clarence T.C. Ching Athletics Complex. The dual match will start at 4:00 p.m. while the final matchups will be televised live on Spectrum Sports beginning at 7:00 p.m.

Series Notes: UH is a combined 12-12 against this week’s opponents…UH is 5-0 against Grand Canyon, including home wins in 2015 and ’16…UH is 6-0 against Nebraska and has played them in each of the last five seasons…UH is just 1-12 against USC and have lost eight straight meetings, including a 4-1  loss in last year’s  Outrigger Hawaii Invitational and a 3-0 loss on the opening day of the 2017 NCAA Tournament…UH’s lone win came in the 2014 AVCA Nationals.