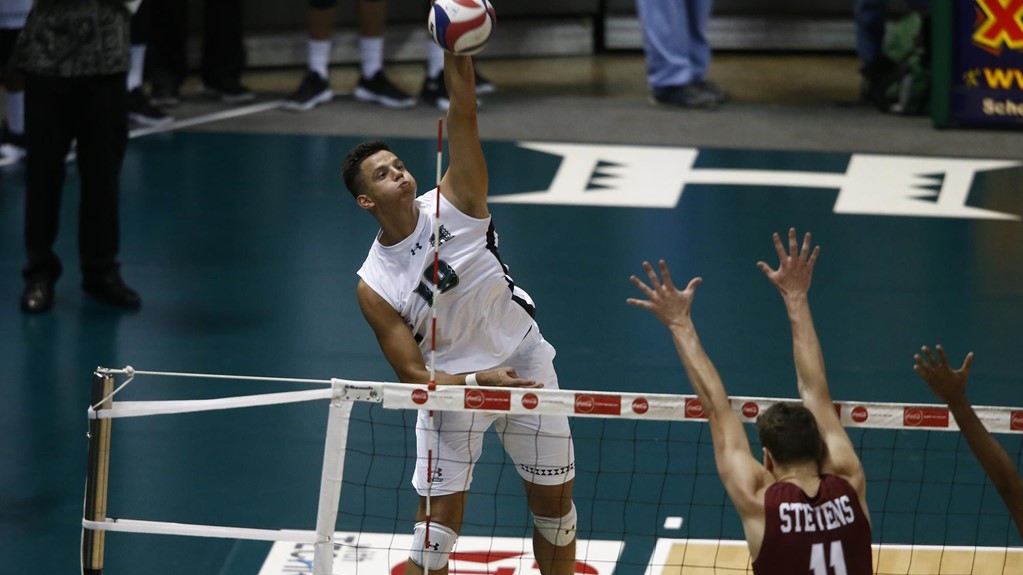 January 4 featured a number of top-20 teams competing across the country, but mainly on the west coast, with east coast play beginning more this weekend. Current Photo via Hawaii Athletics

January 4 featured a number of top-20 teams competing across the country, but mainly on the west coast, with east coast play beginning more this weekend.

In front of a 1,526 fan crowd, Hawaii swept their first opponent of the 2018 season as they crushed Stevens Institute. The first two sets were close battles but Hawaii put on the pressure in the third to end the match quick 25-9. The attacking was fairly even on both sides of the net, but serving and blocking were the big factors in the Warriors win.

It was a new setting regime for the Warriors as they lost Jennings Franciskovic after last season. Joe Worsley took over the position and dished out 31 assists, six digs and four blocks, including two solo blocks.

CSUN out-performed Saint Francis in all statistical categories, with both teams having a fairly spread out offense in the match. Arvis Greene led the attack with 15 kills while Ksawery Tomsia added 14 along with Dimitar Kalchev’s 13 kills. On the block, Eric Chance put down six along with Tamsia’s four.

Jack Wyett led the USC offense with 14 kills on a .684 hitting clip along with five digs. The Trojan offense was spread to just three main players throughout the match, Wyett, Gianluca Grasso and Jon Rivera who all had 15 or more attack attempts that the #6 Division III school couldn’t handle.

Grand Canyon fed the ball to two players in the team’s win over Barton – Will Schwab with 18 kills and Cody Williams with 16. Despite a well-rounded defensive effort from Barton, they were unable to handle the offensive and serving power that the Lopes presented.

After a slow start, UCSB picked their play back up to take down NJIT in four sets to open up the season. Connor Drake was a monster at the net, setting a career-best nine total blocks, including three solo blocks. Roy McFarland and Corey Chavers posted 12 and 11 kills, respectively.